Why Most Traders Choke When Trading Real Money 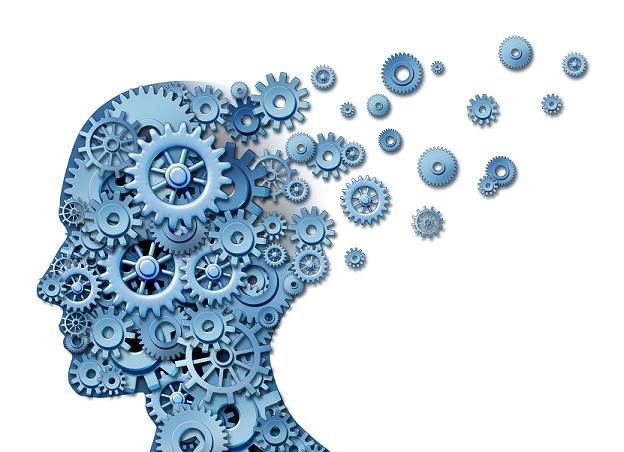 If you’ve done very well on your demo account and then saw all your trading success crumble to pieces when you started trading live, today’s lesson is for you.

There is growing evidence from scientists that the reason why we tend to choke ‘when it really counts’, is simply because we are thinking too much. As discussed in the ABC news article Why We Choke When All Is On The Line, “Psychologist Sian Beilock of the University of Chicago calls it ‘paralysis by analysis.’ Beilock, author of the book, ‘Choke: What the Secrets of the Brain Reveal About Getting It Right When You Have To’, contends that too much thinking at the wrong time can lead to ‘logjams in the brain’.”

As traders, we are perhaps more susceptible to these “logjams in the brain” than almost any other profession. Having around the clock access to the market on our laptops, smartphones and tablets, along with the massive amount of economic data circulating around the internet each day, makes it extremely easy to fall into the destructive habit of thinking too much and over-analyzing our trades. Thus, as a trader, you have to consciously work against over-analyzing the market or you will very likely end up sabotaging your own trading success as a result of trying to analyze too many variables and from simply thinking too much. Let’s discuss how you can avoid the over-analysis bug and make a successful transition from demo to live account trading…

How your brain is “getting in the way”…

Many traders are simply creating “logjams” in their brains once they switch from demo trading to live trading because they begin to over-analyze everything. The culprit behind this sneaky account-destroyer is primarily the increased awareness that there’s a lot more on the line now because your real money is at risk. This is really not much different than a basketball player being more aware that his free throw shots are much more critical in a close game with 30 seconds left. In the case of both the trader and the basketball player, the individual begins to let their brain areas “responsible for planning, executive function and working memory” override what was previously a near automatic and stress-free process.

You probably can relate to what I’m talking about if you’ve demo traded for a while before switching to a live account. When the pressure is not on the line as with a demo account, you are not thinking too much and you are acting much more on “auto-pilot”, in such a way that allows you to be almost “in the zone” with your trading (trading in harmony). The only thing that is different between demo trading and live trading is that the money is real on a live account, but this fact clearly causes all kinds of new mental process to kick in for most traders, and it is largely these unnecessary mental processes (thinking too much) that causes many traders to self-destruct shortly after starting to trade live.

Here are some very common “traps” that many traders fall into after having success on their demo account upon switching over to a live account:

1) They simply begin watching the charts much more than they were on demo. This causes them to over-trade and deviate from the successful trading behavior they exhibited on their demo account.

2) Where they had no problems sticking to their trading strategy on demo, many traders seemingly throw everything out the window once they start trading live. They change from disciplined, skillful chart technicians to over-trading, gambling trade-aholics.

3) Many traders start slapping on tons of confusing and messy indicators onto their charts after trading live. They begin to change their previous simple and successful trading strategy into a “Frankenstein” trading method that would make absolutely no sense to anyone in a “logical” frame of mind.

4) Traders begin trying to “avoid” taking losses once they start trading live. On demo, they didn’t think twice of a losing trade, because there was no money on the line and they were not feeling any “pressure”. Live account trading, especially when you’ve risked too much on a trade, induces traders to begin thinking of all kinds of ways they can “avoid” losses; hedging and not using stop losses are the main ones. Unfortunately, no matter how hard you try, you cannot avoid losing trades, thus, you need to deal with them and accept them, not try to avoid them.

5) Many traders start following economic news reports after they start trading live. On their demo account, they didn’t care at all about NFP, GDP or Retail Sales, now they can’t seem to stop reading about them and about how they “might” affect the markets. This is over-analysis at its finest, or perhaps I should say at its “poorest”.

These are only a handful of the ways that over-thinking and over-analysis manifest themselves when traders switch from demo to live account trading. There are many more. Your job as a trader, is to work to stop yourself from thinking too much about your trading once you start trading live, sounds easy I know, but it’s not. We will discuss how to defeat this trading problem at the end… 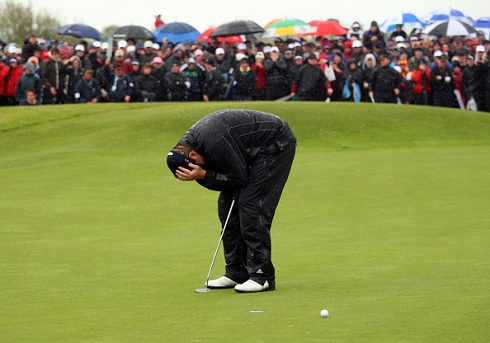 Whilst choking under pressure is certainly a bad thing, you can take some comfort in the fact that it affects almost everyone at some point and does not discriminate across professions. From the article discussed above on Why We Choke When All is on The Line:

“Choking under pressure is even more conspicuous in professional golf. It’s not uncommon to see a pro drive the ball around 300 yards and then miss a one-foot putt. Just two years ago, golfer Jason Dufner blew a four-stroke lead with four holes to play, losing the prestigious PGA Championship in a devastating demonstration of choking under pressure. “

Giving a speech in front of an audience is something that gives many people trouble, despite having recited the same speech perfectly many times before getting up in front of an audience. You can find examples of “choking” under pressure and over-thinking in almost everything, from sports, to jobs, even to relationships; people have a tendency to make things much more difficult than they need to be, and especially in trading.

The researchers who ran the studies discussed in the article above came to some interesting but maybe not-so-surprising discoveries about exactly WHY people tend to choke when it counts:

“Researchers generally concentrate on two different explanations for why experts choke. Chicago’s Beilock believes it boils down to two opposing theories: Either the person worries so much even a well-practiced talent can fail, or he or she concentrates so much on the task at hand that the brain overrides the well-trained muscles.”

The above explanation also explains why traders tend to fail when they switch from demo to live accounts. They begin to worry about their trades and over-think them, even if they are a very talented and skilled price action analyst, over-thinking can quickly destroy their trading account. Also, trying too hard causes you to do things you weren’t doing on demo. You probably were not forcing trades on demo, you had a very care-free approach, because nothing was really on the line as with your live account. What you need to do then, is trade your live account with the same relaxed trading mindset that you had on your demo account. Here are some tips to help you do this… 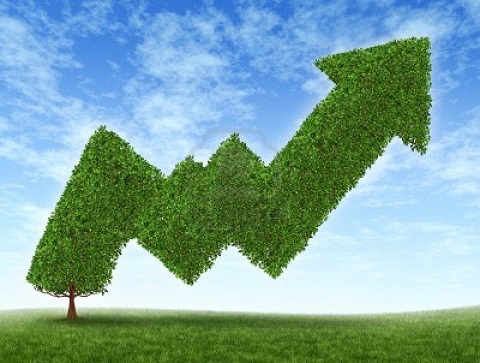 OK, here’s the “meat” of today’s lesson, read the following points closely because if you really understand what I’m saying and ACT on it, YOU will begin to experience less stress and struggle in your trading, and more success:

1) The first and perhaps easiest thing that you can do to stop over-thinking your live account trading, is to back off your dollar risk per trade. In other words, experiment with the dollars per trade that you risk until you get it down to an amount that allows you to focus on other things. If you’re staying up all night glued to your charts because you have a big position on, it’s too big. Your risk per trade is 100% within your control, and if you do not control it, it will get out of hand and stir up all kinds of emotions within you, mostly ones that hurt your chances at making money on a trade. If you do not control your risk, it will “control” you by making you feel like you have to watch the charts and like losing on a trade is a terrible thing you must avoid.

2) As I mentioned in last week’s trading lesson: Snowball Your Trading Success and Stop Losing Money, many professional traders essentially make sure that they are “distracted’ from the market, and this helps them to avoid over-thinking and over-analyzing their trades. If you put a trade on and then go play 18 holes of golf or go do basically anything besides sitting around watching your trade, you are going to end up much further ahead than the trader glued to their trading platform either on his computer or on his smartphone every free second he or she has.

The article I discussed at the beginning of today’s lesson concluded with this: “Chicago’s Beilock says it may help to just figure out a way to distract yourself. Maybe instead of thinking so hard about making that free throw, Shaq should have hummed a little tune.”, in regards to NBA player Shaquille O’Neal consistently missing free throws in close games. This technique works almost the same in trading…if you distract yourself by doing things OTHER than sitting around watching and thinking about your trades, you will be SIGNIFICANTLY  less likely to over-think, over-analyze or over-trade, and thus your chances of making money consistently will increase DRAMATICALLY.

3) Finally, if you really want to give yourself the best shot at avoiding the over-thinking bug that so often infects many traders as they switch from demo to live trading, it will be critical that you trade with a simple and clear trading method. It’s almost impossible to not think too much when you’re staring at 10 different indicators on your charts whilst watching CNBC and reading the latest economic news on Bloomberg. All of that “stuff” is wasteful and unnecessary to successful trading. I want you to take on a minimalist approach to trading, as that is what has worked for me and I know it can work for you if you try it. I have no stress in my trading anymore, even when I have the inevitable losing trade.

This minimalist approach to trading really is the ONLY trading approach in my opinion, because the very nature of risking your hard-earned money in the market is something that makes us humans extremely prone to stress and over-thinking / anxiety. If you do not work to contain these things, they will very quickly destroy your trading account. To learn more about my minimalistic trading approach you might like to check out this lesson – The Minimalistic Guide To Forex Trading and Life.