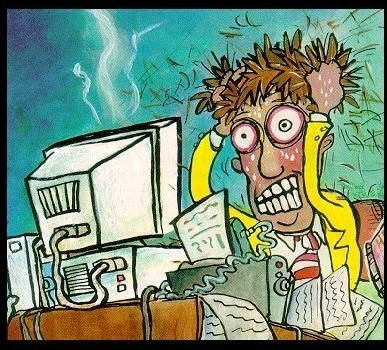 In case you’ve been living under a rock for the last 50 years, you know this blog is about price action trading. However, what you might not know is that I pay little to no attention to Forex news and fundamentals. In fact, I believe that focusing too much on Forex news and fundamental variables has a negative effect on a trader’s performance. It is my belief that price is the ultimate “indicator” and that it reflects every variable that affects a market.

I know that many of you try reading numerous Forex news articles to “figure out” what price is likely to do next, or even try to “trade the news” each week, I know this because I get emails about it every day. So, in today’s lesson, I am going to explain to you why you are wasting your time when you follow the news too closely, and why you should stop this counter-productive habit right now.

“Buy the rumor, sell the fact”

There’s a reason why the saying “Buy the rumor, sell the fact” has been around on Wall Street for over a hundred years. Generally speaking, the reason is because the big players in the markets; the guys who REALLY make the market move, mainly trade based on their expectations of the future, NOT so much on facts that have just been released.

Thus, upcoming economic news releases are almost always factored into the price of a market. If this month’s Non-Farm payrolls report is expected to show that 200,000 jobs were added last month, then traders are currently trading the EXPECTATION of 200,000 new jobs and their beliefs on how THAT EXPECTATION will affect a particular market. Now, unless you are an illegal insider-trader, you won’t have access to the actual jobs number until after it’s released. What’s the point you ask?

Well, in short, the actual economic number is almost totally irrelevant. Why? Well, because by the time the number is released, all the big boys have already traded their beliefs of how the expected number will affect the market. For example, if our 200,000 Non-farm payroll number comes in at exactly 200,000 it could actually make the market go down, because everyone already bought into the market with an expectation of 200,000 jobs or more being a positive sign. So, if the number comes out at 200,000 exactly, no one with any clout is going to want to buy anymore because the number didn’t “surprise to the upside”, as the market analysts like to put it.

I am trying to explain to you guys that trading Forex news releases is essentially the same as gambling your money in the market. You never know how the market is going to react to any particular news release, and you can’t trade based off the logical thinking that “a positive number on the economy will make the market go up and a negative number will make it go down”…because everything is usually factored in by the time the number comes out! That’s why beginning traders and traders who focus too much on news find themselves getting chopped up every time they try to trade the news. In short, it’s a futile game that seems logical on the surface but really is nothing more than a roll of the dice at the casino.

It’s all in the price 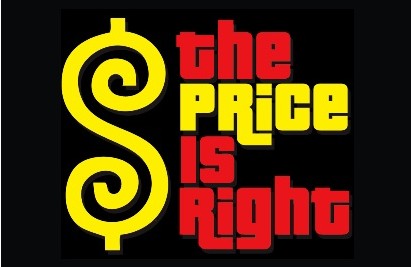 As a price action trader, I believe that all fundamentals and Forex news releases are reflected and can be traded via the price action on a plain vanilla price chart. The main reason why I believe this is because news events and other variables are nothing more than catalysts that cause the market to move. But, HOW the market ultimately moves as a result of them is a different story, and this story is ultimately reflected via the price movement on a price chart. Thus, I am not concerned with the thousands of news events that can affect a market each week, because I know the biggest “short-cut” to reading and trading a market is by learning to read and trade its price action.

Price action is essentially its own language, and this language can be thought of as a reflection of what every market variable has caused the market to do, as well as which direction the market is most likely to move next. Sometimes, these reflections result in repetitive price action patterns that are high-probability predictive tools that can be used to gauge the future direction of a market, in this way, price action is actually the most accurate “leading indicator” in existence. So, it’s really quite simple; when you learn to read the market and trade it based off simple price action strategies, you are trading off of all fundamental variables via their representation in price action form on a price chart.

The psychological trap of believing that “more is always better”

More is not always better, and especially as it relates to analyzing forex news and economic data. You see, there is simply so much economic information available everyday on the internet that you can’t possibly make use of it all.

It’s a proven fact that traders who trade more often make about 1/3 less money over the long run than traders who trade less often. In other professions, “more” IS usually better, but because trading is mostly dependent on you being objective, disciplined, and trading with patience…analyzing increasing amounts of economic news variables will likely decrease your chances at achieving success as a trader because you will be over-analyzing, over-thinking, and as a result, over-trading.

Fundamental analysis is not a complete waste of time 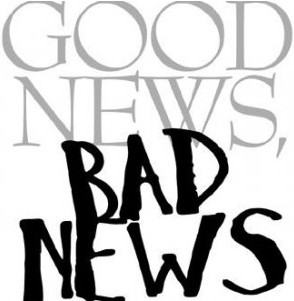 Now, I’m sure I will get some flack over this article from some diehard fundamental traders who are totally brain-washed that they can predict what the market will do next from their $400 a month news service subscription (after all you don’t want to admit you are blowing $400 a month for nothing).

So, let me be clear, I am not saying that Forex news and fundamentals are not useful or that it’s impossible to make money by following them. But, what I AM saying is that you do not NEED them, and in my humble opinion they usually work to confuse and complicate a trader’s mindset. The effectiveness and practicality of trading solely off the price action of a market cannot be ignored. My goal as a trader and a trading mentor so to trade in a simple and clean manner, without confusing and contradictory news variables, economists, or market analysts telling me why the “euro is certainly going to fall off a cliff because Greece had a poor bond sale”…that crap just doesn’t matter to me because I choose to trade the price action depiction of the news variables, rather than some analyst’s interpretation of what they MIGHT do to the market.

However, I do need to mention how news releases can affect open trades…because I literally get emails about this everyday. So, for all of you wondering, here is my official statement on what to do with open trades prior to big news releases like Non-Farm payrolls or GDP…

If I am in a trade and up 2 times my risk or more and a big report like NFP is about to come out, 9 times out of 10 I am locking in that 2 times risk reward and letting the market due it’s “thing”. If I am in a trade that’s hovering near breakeven prior to NFP or GDP or ABC (ABC is not really a news release, that was supposed to be a joke)…I will usually keep the trade open and either take the knee-jerk reaction stop-out at my pre-determined stop loss level, or I will sit back and watch my trade rocket off in my favor and likely close out the position for a large gain shortly thereafter, or keep it open and trail my stop at my discretion. Now, if I am not in a trade about 24 horus prior to a big / volatile news release, I will generally wait to enter the market until after the release. If you want to know which news releases are “big and volatile”, check out the section on fundamental analysis in my beginner’s forex trading course.

What will you do now?

Now that you know why trying to trade the news or even concentrating on it too much can actually hurt your trading, what will you do? The ball is in your court. Are you ready to accept that trading off the news is irrational and pointless? Or are you going to hang on to your old news-trading habit and continue to try and “figure out” what is going to happen next? The truth is that you can never figure out what will happen next, all you can is trade the market with a high-probability trading edge and make sure your winning trades out-pace your losers, as well as not over-trade or over-leverage your account

Trading the market without any news variables influencing your decisions takes a huge amount of pressure and confusion off your shoulders. You don’t have to sit there biting your nails before Non-Farm Payrolls comes out anymore, and you don’t have to stay up all night reading some analyst’s forecast for the euro. Less information to digest means less confusion and the elimination of analysis-paralysis, A.K.A chasing your tail around in circles trying to “figure” shit out that simply can’t be “figured out”.

I teach my students how to read and trade based off the “pure” price action of the markets. I really feel that people who incorporate news and other fundamental variables into their trading decisions are “polluting” the raw and pristine “waters” of the market. Part of my core trading philosophy is to use the natural price action of a market to anticipate what the market is most likely to do next…not to “figure it out”. I know I can never know 100% for sure what is going to happen next in the market, however, after 11 years of trading it’s my belief that we can use price action to trade the market with a high-probability edge. Price action is the all-encompassing “key” to reading a market; it reflects all fundamental variables and gives us an effective and simple way to make use of them. Thus, we need to “listen” to a market’s price action because it is truly the heartbeat of a market and shows the hands of all market participants at any point time; we cannot ignore this fact. So, if you’re ready to shed the confusion and contradictory nature of Forex news and fundamental variables, check out my Forex Price Action Strategies Trading Course to learn more.