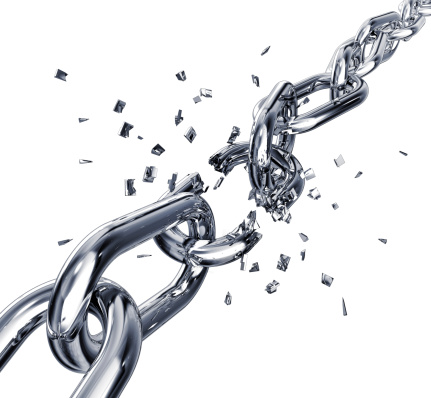 Do you feel like you are your own worst enemy as you trade the markets? If so, you’re not alone. Many traders feel this way because quite frankly, they usually are their own worst enemies. Trading is perhaps the ultimate test of self-discipline and self-control, it will magnify your inability to control yourself in the face of constant temptation, or it will reward you handsomely if you possess this ability. Most people however, don’t possess the ability to control themselves consistently when it comes to trading the markets.

The following four trading habits are common self-defeating mistakes that traders make and that you’re probably familiar with. Hopefully, after reading this you’ll have a better idea of how to overcome them and clear these obstacles from your path to trading success…

1. Needing to be ‘in control’ of the market

To take charge of your trading, you’ve got to let go of it…

Our need to be in control as we trade the market, causes the following problems:

There are more, but the four points above describe the main problems that arise from our innate human need to be ‘in control’.

Here’s where the problem comes in…

The market is perhaps the ultimate arena of ‘free market’ capitalism where literally anything can happen at any given time. Are their price action patterns and market movements that are semi-predictable? Yes. But, nothing is ever 100% predictable in the market, and that is the fact that clashes with our need to be ‘in control’ of everything.

One of the most ironic ‘twists’ to trading is that the ONLY thing a trader has total control over in the market is themselves. Yet, the way that most traders behave, reflects an underlying belief that they can somehow control the market or that the market will do what they want. This is the only explanation for why so many people do self-defeating things like trade without stop losses, trade with high frequency, cut trades before they really have a chance to play out, not take logical profits when they present themselves, and a whole host of other trading mistakes.

Most people have very little self-control when it comes to having their hard-earned money on the line in the market, this is the reason why approximately 90% of traders don’t make money in the long-run. Controlling yourself in the market often means simply doing nothing. Easier said than done when it comes to trading. Doing nothing, in the face of a CONSTANT temptation to over-trade or risk too much or adjust trading parameters, etc., is very difficult for most people to do.

The bottom line, is that the market is uncontrollable. As a result, most of the things you try to do in the market because you think they will make you money, are actually counter-productive. You have to trade with the understanding and belief that you never know ‘for sure’ what will happen next in the market. If you remind yourself of this every day, and make it a part of your trading plan that you read every day, you will find that your thinking will begin to change; each time you’re considering doing something in the market, you will stop and ask yourself “am I doing this because I think I know what the market will do next, or is it a logical action based on the market’s price action?”

The best way to trade in-line with the market is to simply do nothing most of the time. This is how you control yourself and let the market do the ‘work’. 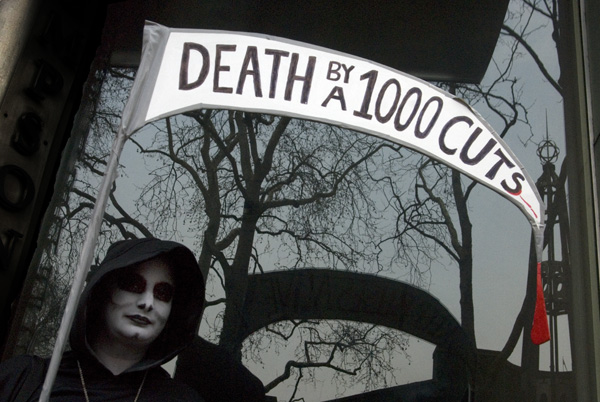 Taking a smaller loss than you had originally planned on a trade often seems like a good idea. After all, you’re supposed to keep your losses small right? Yes, to a point.

The saying “Death by a thousand cuts” accurately describes one way that many traders blow out their trading accounts.

How many times have you manually closed a trade out before it hit your stop loss, only to see it then move back in your favor without you on board? If you’ve had this happen to you before, you know how frustrating it can be. It’s a very bad habit to get into because it essentially means you’re trading as if you know ‘for sure’ what will happen in the market next, and as we discussed above, you don’t know what will happen for sure, and you need to trade with that belief in mind, always.

Thus, you NEED to let the market prove your trade idea wrong, don’t take a small loss just because you’re afraid of taking your predetermined 1R loss…this makes no sense. If you have an effective trading strategy like my price action methods (a trading edge), you need to give it a chance to work for you. Otherwise, you’re limiting your potential profit. Essentially, by manually closing out a trade before it hits your stop loss, you’re both cutting a potential winner and guaranteeing yourself a loss. Not the best idea.

Unless there’s a very obvious reason to do so, exiting a trade before your predetermined 1R loss is hit, is basically just you trying to control the market, rather than yourself. Now, there may be times when you’ve pre-determined you will move a stop loss to breakeven at a certain point, say after you’re up 1.5R on a trade, if that’s part of your plan and you get stopped out at breakeven, then it’s something you have to accept. Where traders get into trouble is adjusting stops on a whim when the trade is live, for no logical reason other than fear or greed.

Think of losses as the cost of doing business in trading. You pay a certain amount (1R) to see if your trade idea will work out. If you don’t use that 1R money, you’re not giving your idea enough time and space to play out and you’re not getting effective usage of the costs you are paying.

Remember: Don’t prove your own trading idea wrong before the market proves it wrong! Let the market prove your trade idea was wrong. If you were following your trading plan / strategy and not entering a ‘stupid trade’, you probably had a logical and probably high-probability entry idea and it simply makes no sense to cut it off before it has a chance to play out!

3. Thinking you know ‘for sure’ what the market will do next

Traders often dig their own grave in the market as a result of acting on the belief that they know ‘for-sure’ what the market will do next. This belief is extremely dangerous and if not properly disposed of, will ultimately result in lost money, lost time and enough frustration and self-anger to make you want to literally pull your hair out.

The underlying problem that a trader faces as he or she trades the market is to do something, or to do nothing. At any given time in the market, you really only have several options in front of you; enter a trade, not enter a trade, ‘set and forget’ your trade after its live, or ‘mess’ around with your trade’s parameters (target, stop loss, adding positions, etc.).

As you consider these options in the market, you’ve got to always remember that you never know ‘for sure’ what price will do next. So make sure you’re acting on logic and on what you see the price action doing on the charts, not on what you want to happen or what you think you know ‘for sure’ will happen next. 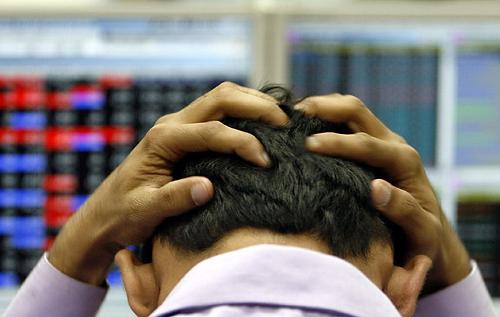 Stupid trades often result in a lot of extra losses, typically small losses, because traders generally know if they entered a trade that was stupid versus one that was a logical well-planned obvious trade. Most traders close out these ‘stupid trades’ for small losses, but as I discussed above, death by a ‘thousand cuts’ is one of the most common causes of trading account blow-outs.

It can be very difficult to sit patiently with a ‘loaded gun’ (a live trading account) and not pull the trigger (enter a trade). But the more you do this, the more your trading account will benefit. Learning to sit patiently in between obvious price action trade setups, is probably the number one skill you need to develop if you want to become a successful trader, and for most people, it’s also the most difficult.

Perhaps you don’t yet know the difference between a ‘stupid trade’ and a good high-probability trade signal, because you haven’t yet mastered an effective trading method and you don’t know exactly what you’re looking for in the market. Or maybe you have a solid trading strategy already, and you just aren’t disciplined enough to stick to it. Until you can become a master of your own mind and of an effective trading strategy, you will continue to become victim to self-defeating trading habits.