Why Do You Keep Making Stupid Trades ? 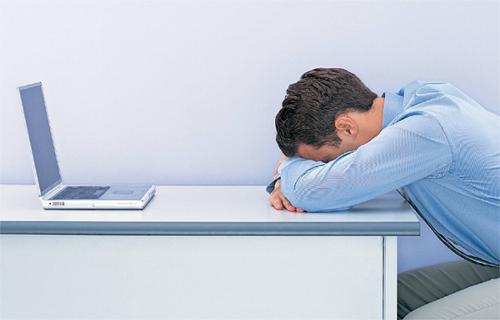 Have you ever sat at your computer feeling frustrated, greedy or angry and then entered into a trade that you knew was a stupid one even before you clicked the Buy or Sell button? Was it almost as if you knew beforehand that the trade would probably fail but you couldn’t stop yourself from taking it because you felt almost possessed by a ‘trading demon’ that was taking control of your mind and body?

If so, you’re not alone, this happens to every trader at some point in their career. What you need to do is figure out what’s causing you to make these ‘stupid trades’ so that you can prevent them from happening again. The brain is a very powerful and complex system, and once it gets charged up and flooded with emotions it can be almost impossible to control, almost like your mind has a ‘mind of its own’. Thus, you need to cut off the potential for emotion-induced stupid trades before they have the chance to occur.

You don’t value your winnings enough

In economics, there is something called loss aversion which “refers to people’s tendency to strongly prefer avoiding losses to acquiring gains. Some studies suggest that losses are twice as powerful, psychologically, as gains.” As the page on Wikipedia about loss aversion states: “Loss aversion implies that one who loses $100 will lose more satisfaction than another person will gain satisfaction from a $100 windfall.”

So what does loss aversion have to do with you making ‘stupid trades’? Simply put, everything. It is the underlying reason why when you make a nice profit on a trade you do not properly value those profits, which then causes you to jump right back into the market and make a ‘stupid trade’.

I know that everyone reading this who has traded a live account for at least a couple of weeks knows what I’m talking about here. How often have you had a really nice winning trade immediately or almost immediately followed by a loss? You probably would classify most of those losses as “stupid losses”, because after the trade was over you KNEW that you just entered because you were being greedy with the profits you previously made on your nice winner. This cycle of winning and then giving it all back can plague traders for years, if you haven’t already, checkout my lesson on Finding Your Forex Trading Mojo, as in it I go more in-depth into how you can stop giving back your profits.

Simply put, not valuing or appreciating your winning trades enough is one of the biggest reasons why you and many other traders make ‘stupid trades’ continuously. You should contemplate your winning trades longer and really sit down and make yourself appreciate them and consider the fact that you could lose that money extremely fast if you make your next trade with haste.

You let losing trades affect you too much

As I mentioned in the previous section, loss aversion is an economic term that describes how humans tend to lose more satisfaction from a losing trade (or investment) than they gain from a winning trade. Not only does this explain why people tend to get careless and make stupid trades with the money they’ve made from winning trades, it also helps us explain why people make stupid trades following a losing trade.

As I discussed in the introduction, it can literally seem as if your brain has a ‘mind of its own’ at times, especially while trading the market. What this is really called, in somewhat ‘technical’ terms, is your fight or flight response, and there’s no more sure-fire way to get your brain flooded with fight or flight emotions than losing money you can’t afford to lose in the market or losing too much money in the market.

Every trader has a ‘breaking point’ in regards to their risk per trade and their overall risk as well. To clarify, even if you don’t yet know the exact dollar amount, there is a certain dollar amount that if you lose in the market will cause you to start trading emotionally. It is almost not even something we can control after the fact, which is why you need to control it before it happens through proper money and risk management.

The illusion of control

The root cause of most traders’ ‘stupid trades’, is that they either think or feel like they can somehow manipulate or control the market through their actions. However, when the market inevitably begins to do the exact opposite of what they think it should do or what they were hoping it would do, their expectations of the trade begin to clash with the reality that they can’t control the market, and account-destroying emotions begin flooding their brains.

Trading is essentially a game of probabilities; you aim to put the probabilities in your favor by using an effective trading edge (strategy) like price action, combined with sound risk reward and money management implementation. Thus, you need to think of every trade in terms of probabilities, not certainties. If you know your trading method has a 45% win rate over a year’s time, then it means you have to see that whole year play out to make the 45% win rate…it does NOT mean that every trade you take has a 45% chance of winning, as many traders seem to erroneously believe.

The point is this…you trading edge has a random distribution of winners and losers, which means you don’t know the winning percentage of any one trade, even though you may indeed know the OVERALL winning percentage of your trading edge over a series of trades. Thus, trying to exert your control on any one trade you make, is futile and a huge waste of your time, money and mental faculties. Many traders continuously make stupid trades simply because they have yet to understand or accept that controlling themselves, not the market, is the only thing they can truly do to increase their chances of trading success. 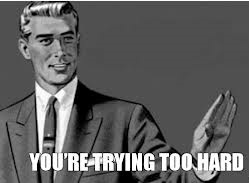 Perhaps the biggest reason why you keep making stupid trades, is because you’re trying too hard to make too much money, too fast. Traders tend to try too hard and too often, whether it’s trying to analyze too many indicators or economic news events, or over-trading and over-leveraging their account, the desire to make as much money as possible, as fast as possible, is often the cause of stupid trades.

The best solution for traders who are simply trying to make too much money too fast in the market, is to aim for smaller goals first. Stop trying to “become a professional trader” right now, stop trying to “trade full-time and quit my job”, etc. Whilst these are lofty and worth-while goals, they are unrealistic in the early part of your trading career. You need to have smaller, more realistic goals, it’s fine to have a big goal like “becoming a full-time trader”…but that goal in and of itself is nothing if you don’t have a plan of action to achieve it. You need to break down the big goal into smaller pieces that are attainable on a realistic timescale, such as a month a week.

Breaking your bigger long-term trading goal into smaller more achievable goals will work to both improve your trading as well as your trading account, all the while increasing your trading self-confidence. For example, sticking to your trading plan or practicing proper risk management for one month might be a smaller goal you have, and if you achieve that smaller goal then you’re one step closer to your bigger goal.

Traders who are caught up in a jungle of ideas are often caught in stupid trades. It’s not surprising when you think about it, how can you avoid stupid trades when you have a 5 different trading indicators and a ‘mess’ all over your charts, 3 streaming financial news websites up on your computer monitor and 50 gurus each day pitching there ‘views’ on bloomberg TV ? … Things which are all constantly contradicting each other? One of the best ways to eliminate stupid trades, is to simply remove all that ‘confusion’ and learn a simple trading method like the one I teach in my price action trading course. (pardon the self endorsement). Yes, there will still be room for trader-error, as there is with any method, but by trading exclusively on a market’s price action you will significantly eliminate the chance of entering ‘stupid trades’ which arise from you being confused or frustrated by your trading approach.