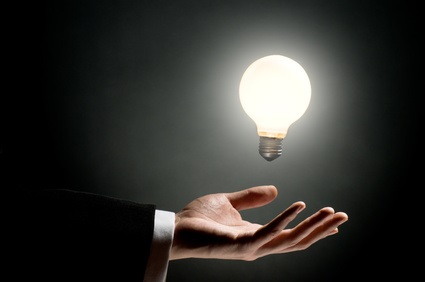 Trading is one of the most rewarding professions in the world, but it can also be one of the most discouraging and mentally difficult if you don’t trade properly. Trading properly involves everything from using an effective trading strategy to having mastered your own emotions and self-control in the market. Every trader drifts off track from time to time, it’s only human to do so. Whether you feel completely lost and frustrated with your trading currently, or you’ve just drifted a little bit off the patch to success, the following quotes from professional traders will inspire you and hopefully help you to refocus on what it takes to trade profitably…

This first quote by Peter Lynch is an important one because it reminds us that even the best traders in the world do not win every trade, a 60% win rate is considered good. However, through the power of money management and risk reward, you can make good money even with a much lower win percentage. To read more about this, check out my article on why winning percentages don’t matter.

If a trend is strong, I have no problem looking to buy it near the highs or sell it near the lows if there’s a signal. Don’t get me wrong, there’s discretion involved here and this isn’t some ‘blanket statement’ that applies to every trade. But, once you learn how to read the price action on a chart, you will start to get a feel for trend dynamics and relative strength or weakness of a market. It will often be the case in our daily market commentary where I discuss looking to buy (go long), even when many traders probably think it’s already moved ‘way too high’ already.

3. “It takes 20 years to build a reputation and 5 minutes to ruin it. If you think about that, you’ll do things differently.” – Warren Buffett

This quote from the great Warren Buffet is obviously more about investing, but we can certainly apply it to trading as well. To me, he is talking about money and risk management here. As a trader, it’s dangerously easy to lose months or even years of progress and trading success by simply risking too much on one trade. I’ve seen traders do this time and time again; they get going good, they are trading with discipline and following their strategy, then a setup comes along that they are just ‘sure’ about and they double or triple their normal risk on it. When the setup fails, they’ve just lost a lot more money than they are comfortable with, and this sets off a cascade of emotional trading mistakes that causes them to quickly undo years of hard work and discipline. Don’t let this happen to you; control your risk on EVERY trade.

4. “In investing, what is comfortable is rarely profitable.” – Robert Arnott

This can also be applied to trading in that often the most ‘comfortable’ trade is not the correct trade. As I discuss in my article on adopting a contrarian trading strategy, what most people ‘feel’ like they want to do in the market (buy breakouts, etc.) is often not the correct thing to do. Professional traders understand the mind of an amateur and they are always looking for price action opportunities, like a false break strategy, that will tip them off to what the amateur traders might do next, because they generally want to do the opposite of that.

5. I’m always thinking about losing money as opposed to making money. Don’t focus on making money, focus on protecting what you have” – Paul Tudor Jones.

Capital preservation is one of the big keys to trading success, and that is what Paul Tudor Jones is talking about here. As I discussed in my article on this topic, preserving your trading capital so that you can take full advantage of good trades when they come along is crucial to maximizing your gains and offsetting your losses. You don’t want to be low on ‘ammo’ when the obvious ‘easy prey’ trades come along.

6. “If you personalize losses, you can’t trade.” – Bruce Kovner

You have to disconnect yourself from your trades. Meaning, you cannot become overly-attached, emotionally, to any one trade. If you do fall into this trap, it will cause you to over-trade and risk too much and eventually blow out your account (emotional trading). You’ve just got to understand that any one trade is not very significant, because any trading strategy has a random distribution of wins and losses. For this reason, you should never take any loss personally or let it influence your next trade. Remember, you are simply executing your trading edge when it’s present and you must let it play out over time.

7. “The key to trading success is emotional discipline. If intelligence were the key, there would be a lot more people making money trading… I know this will sound like a cliché, but the single most important reason that people lose money in the financial markets is that they don’t cut their losses short.” Victor Sperandeo

You don’t have to be some super-genius to make consistent money in the markets. Emotional intelligence and self-control are more important than book smarts or your IQ when it comes to trading. This is why you see many Ivy-League educated business majors become brokers or financial analysts; they have the book smarts but haven’t yet learned how to trade. Being a successful trader takes a mastery of yourself more than anything else. Check out my article on why you don’t have to be smart to trade.

8. Markets are constantly in a state of uncertainty and flux and money is made by discounting the obvious and betting on the unexpected. – George Soros

George Soros is one of the richest people in the world and he got that way by taking a contrarian view and following his gut. His short sale of US$10 billion worth of pounds, giving him a profit of $1 billion during the 1992 Black Wednesday UK currency crisis is one of the most famous trades in history, if not the most famous. In this article here, I show how just before this huge sell-off that netted him $1 billon, there was a clear fakey strategy that Soros could have (and probably did) recognize as a sell signal, amongst his other reasons for selling. The point is, he had a very good understanding of price dynamics and wasn’t afraid to follow his gut and go against the ‘herd’.

9. The goal of a successful trader is to make the best trades. Money is secondary.” – Alexander Elder

One of my keys to trading success that I often tell traders, is to focus on becoming a good trader, not on the money. Of course you want to make money in the markets, every trader does. But you must also be interested in the process of trading, in the markets themselves and in the competition and ‘battle’ between bulls and bears. If you focus on that, rather than ‘the money’, the money will gradually start getting more and more ‘attracted’ to you.

10. “I have learned through the years that after a good run of profits in the markets, it`s very important to take a few days off as a reward. The natural tendency is to keep pushing until the streak ends. But experience has taught me that a rest in the middle of the streak can often extend it.”- Marty Schwartz

I have often discussed the need to take time away from the market by having hobbies and ‘distractions’. There is no need to watch your trades or be in the market all the time. In fact, if you’re trading properly and sticking to my price action method, you will be out of the market more than in it. This goes along with what Marty Schwartz is saying in this quote because it’s also important to separate yourself from the charts for a day or two following either a win or a loss. Even the best traders are somewhat emotional after a trade finishes, and the best way to avoid letting this emotion influence you into making a ‘stupid trade’, is to simply give yourself some time to ‘cool off’, away from the charts.

11. The price pattern reminds you that every movement of importance is but a repetition of similar price movements, that just as soon as you can familiarize yourself with the actions of the past, you will be able to anticipate and act correctly and profitably upon forthcoming movements. – Jesse Livermore

This quote by the legendary trader Jesse Livermore, is a clear testament to the power of price action. It worked in the early 1900’s when Livermore made his millions correctly predicting the 1929 stock market crash among other trades, and it works today. It works because as Livermore also said, “All through time, people have basically acted and reacted the same way in the market as a result of: greed, fear, ignorance, and hope. That is why the numerical formations and patterns recur on a constant basis.”

As Livermore knew, understanding how to read and trade from the pure price action of the market is a necessary part of becoming a successful trader. Back in his day, they didn’t have computers or trading software with a million overly-complicated indicators to trade with. All they had was price action, and it turns out that’s all they needed. When you learn how to trade with price action and combine that knowledge with insight from professional traders like these, you have the ingredients to become a successful trader.