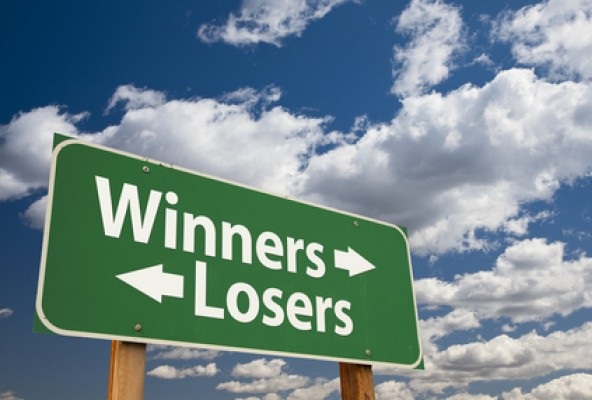 Today I am going to discuss something that most Wall Street hedge fund veterans would agree with. “Your next trade could potentially make you or break you”.

Most of the major Forex pairs have been in strong trends in recent times. During such trends, one big trade can literally make your entire month, year or decade in the market. It can erase any recent losses and bank you a very nice profit at the same time. On the flip side, one bad trade or trading error can seriously damage your trading account or even blow it up completely. Thus, one trade can literally either make or break your trading account.

The human mind is imperfect and can easily become overly-emotional when trading the market. Any trader is literally just ‘one bad decision’ away from blowing out their trading account or one ‘great decision’ away from multiplying their account 50, 100 or 1000 %. It’s only through proper preparation, planning and execution that you can avoid getting too burned by any one particular trade you take. Perhaps ironically, those same things; proper preparation, planning and execution are also what you need to set yourself up to have big account-making long term steady wins in the market.

Don’t allow one trade to ‘break’ you

If you’ve ever played a competitive match of tennis with someone close to your same skill level, you probably already understand how much of a burden unforced errors are to your game. In fact, it’s usually unforced errors that will cause you to lose in a game like tennis if you’re close to evenly matched with your opponent. In other words, you defeat yourself. This is perhaps even more frustrating than just getting blown-out because your opponent is better than you. Beating yourself, so to speak, is just the worst. Feeling. Ever.

As you may well know by now, one poorly managed trade can seriously damage your trading account, or even blow it out completely. Perhaps more so than any other profession or sport in the world, trading is the ultimate arena for people to commit unforced errors and hurt themselves in. After all, if you lose money on a trade you knew was ‘stupid’ and shouldn’t have entered, you have no one to blame but yourself. Putting yourself into this position of committing unforced trading errors and losing money because of it, can set in motion a toxic cycle of losses and emotional trading that creates the mental environment capable of causing you to get blown-out by one bad trade.

Thus, the best way to avoid going ‘broke’ from a bad loss or a poorly managed trade, is to just avoid all the unforced errors of trading. If you avoid putting yourself in the toxic trading mindset that unforced trading errors induces, you will greatly reduce and likely eliminate your chances of getting hurt badly by any one loss.

Thus, some of the unforced errors you need to avoid are:

Thus, the best way to avoid being ‘broken’ by any one trade, is to avoid all the unforced trading errors that are the downfall of most traders. If you do that, you’ll avoid entering into that toxic trading mindset of feeling like you ‘need to trade’ all the time.

One big trade can ‘make’ you

We just discussed different mistakes that can lead to the type of toxic trading mindset that can put you in position to allow one trade to break your trading account. Let’s flip gears now and discuss how to put yourself into a position where one big winner can make your entire month or more in the market.

Simply put, a properly managed trade following an established trend can yield you enough profits to pay for the entire year or more.

If you’ve been following me for a while, you know I subscribe to the ‘sniper trading method’ in which I take minimal trades per month. Whilst I don’t trade often, maybe 2 to 8 times per month, the trades I do take are high-probability well planned positions.

Once you have the training, the know-how / trading skill and the proper trading mindset, trading really just becomes a waiting game. Lying in wait for that ‘easy prey’ of a trade to come staggering along in front of you, ripe for the taking. At that point, it’s all just about execution.

An example of one big trade making your whole trading month or even year, is a trade in a trending market that you’ve scaled into as it moves in your favor. Checkout this article on pyramiding to increase profits, to learn more about pyramiding, or scaling into trades. Even a trade that you’ve pyramided just two or three positions on, if it’s a strong trend and you give the trade room to run, you can make some serious money on it. Granted, these types of market conditions and trades won’t appear very often, but that’s really the whole point; they don’t need to.

What needs to happen for you to profit on these once-a-month or maybe only even once-a-quarter trades, is preparation and planning.

You first need to know exactly what you’re looking for in the market. This can be achieved by learning and mastering an effective trading strategy like the price action strategy you can learn in my trading course. After that, you need a plan of attack (also in my course). Your trading plan is where you bring everything together that you’ve learned into a concise yet comprehensive guide that will remind you how and what you’re supposed to be doing in the market.

After that, you just lie in wait for that highly-confluent (easy prey) trade setup, and then when it forms, you will be ready, and you won’t hesitate. You will pounce with decisiveness and execute your trading plan flawlessly.

The great thing about trading in this prepared and planned manner, is that it builds and reinforces good trading habits. Once you get rewarded by trading with proper preparation and planning, it will form a habit within you that will be more and more difficult to break. Thus, you move further away from that toxic mindset that can lead to one trade blowing you out and closer to that proper trading mindset where you’re literally trading ‘in the zone’ and putting yourself in a position to make a monster profit off just one trade.

In the end, it all comes back to this main point: One trade, one event in the market can ultimately decide your fate for that month, quarter or even year. So, not only do we need to be aware of this, we need to plan so that we don’t put ourselves in a mental state where one trade can lead to disaster and blow out our account. Instead, we need to prepare, plan and act with consistent discipline so that our mental state is one which primes us for that big winner that yields a monster profit. Just remember, the first time you hit that big winner, whatever you do, don’t frivolously give that profit back to the market.