What I Learned After Taking Three Months Off From Trading 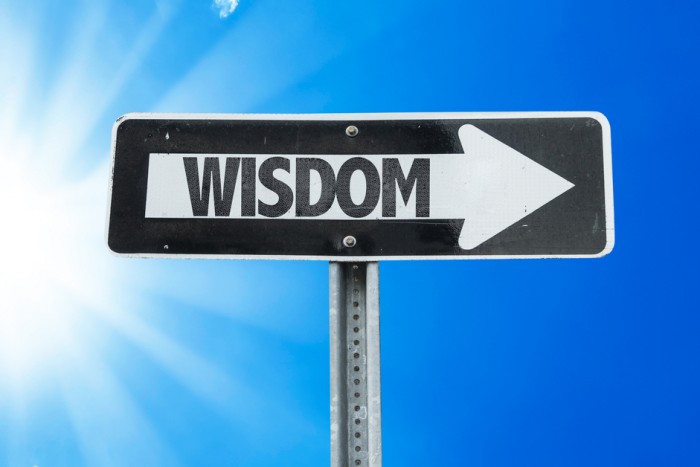 This is an article inspired by a member and close friend of mine. He is someone who has been trading for over a decade and who has struggled with the ups and downs of trading, like so many other traders. Here’s a little background on him: He is a family man, recently unemployed and looking to be his own boss so he can spend more time with his family and have the lifestyle he’s always wanted. After recently losing his job, he was forced to stop trading live and so he went back to demo trading only. He called me up after about three months of demo trading to tell me what he had learned.

When I spoke with him, he recounted a truly inspiring revelation that he had after taking a few months off from live trading and switching back to demo. He told me that after nearly 16 years in the market and trying to ‘figure it out’, he finally had his “Ah Ha” moment where everything he had learned from me and from his own personal experience, finally came together.

I asked him if I could use his experiences to write an article for you guys, because I know many of you are still struggling and are waiting for everything to “click” with your trading. Hopefully, the insight you are about to learn from will help you have your own “Ah Ha” moment so you can finally get on the track to profitable trading…

(The story below is his, I have paraphrased him and edited it a bit, but this is his 1st person account…)

You don’t need to trade a lot to make a lot of money.

I had always been trying to make a lot of money on small accounts. I’d chuck 1k or 2k into a trading account and think I was going to make 100k a year from that by the end of the year. LOL. Looking back, that kind of thinking really does make me laugh.

Perhaps the most impactful lesson that I learned during my three-month absence from live trading, was that I didn’t need to trade a lot to make a lot of money. I was trading a 50K demo account during my absence, and I only took two trades during that time. One trade was buying the GBPUSD which netted me about 6k and the other was buying Gold, which netted me about 25k. So, I made $31,000 in about three months (10k a month) trading only 2 times. I had no losers, just two big winners. I don’t know about you, but I am pretty happy with making $31,000 in 3 months time, for doing virtually no actual ‘work’ other than using my brain.

Now, I don’t have $50,000 real money to trade with, unfortunately. But, that is OK, because I finally realized and experienced the FACT that you don’t have to trade a lot to make a lot of money! Where have you heard this before?! Probably from the same person I did … Nial Fuller.

How many articles have you read of Nial’s where he talks about low-frequency trading or that over-trading is the death of most traders’ accounts? There’s a reason for this, it’s very, very true! You don’t realize it when you’re caught up trying to make ‘a lot of money’ on a tiny account. You get caught up over-trading and forcing trades, rather than letting trades come to you.

Trading strategy and mastering it, matters, a lot.

During my three-month demo trading odyssey, I was primarily looking to trade pull backs, something Nial teaches and strongly emphasizes in his trading course, something I’ve learned from him primarily, yet I never really put into practice quite right.

The thing about pull backs, I finally realized, is that you basically have to buy a market when it’s down and sell a market when it’s up…both are very hard to do and counter-intuitive to do in the moment. It’s easy to understand but hard to put into motion.

When a market is moving higher, you feel like you want to buy it, and vice versa when it’s moving lower. The KEY is to look at the context of the chart; is the market simply retracing higher within a downtrend? If that is the case, then you should be looking to sell on that up-swing, even though you may not feel like you want to! Sell when a market is up and buy when it’s down.

Most of the time, you should be doing nothing in the market

It’s hard to not care or think about your trades on a real account, but on a demo account, you truly just don’t think about the trades as much, and most of the time, this works to your advantage in dramatic fashion.

I literally didn’t even look at my Gold trade until I was already up $19,000 dollars on it. Had that trade been real, I probably would have already sabotaged it and been out with a tiny profit or a loss by that point.

The point is, we need to detach from the markets more, especially after we enter trades.

Set the trade up, do your due diligence, make sure it meets your criteria and trading plan or strategy, set the stop loss (at least) and possibly target, and just forget about the damn thing for a few days at least! It took me YEARS, actually DECADES to be able to do this! Don’t let this be you!

Bottom-line is; Not looking at your trades once you enter them is probably the single greatest thing you can do to make money as a trader. We are swing trading, not day-trading. Remember that!

In a recent article of Nial Fuller’s, he discussed some things he would say to his former trading self from his current trading self, having gained over a decade and a half of experience. One of the things that hit me the most was how he learned he needed his bankroll to survive in the markets. It seems obvious on the surface, but so many of us trade as if our bankroll doesn’t matter. Then, when a good trade finally comes along, we have little or no money left to take advantage of it.

This point was driven home for me during my three months of demo trading. First off, having a 50k account to start with certainly made things easier, as far as keeping my bankroll intact. That said, I also realized that even though I had 50k to trade with, I could simply crank up the risk if I wanted to, and potentially lose a lot of money very fast. So, yes, account size has advantages, but if you don’t know how to preserve your trading capital, the size of your account is irrelevant. Therefore, Nial is always saying that if you can trade successfully on a small account you can do it on a big account too. So, don’t worry if you have a small account and can’t trade the size you want; work on the mechanics, on the process and then you will be able to use that same approach as your account grows or if you find an investor.

This was a lesson that really hit me after switching back to demo trading for a few months. It was apparent that much of my struggles with live trading were because I simply felt an urge to be in the market nearly all the time. It was almost like a guilty pleasure; something I knew was wrong but it felt good so I did it anyways. Of course, it felt good until I lost money, which is the inevitable outcome of most trades taken for this reason.

After my demo trading success, I realized that I only had taken a handful of trades over three months, and those trades led to large gains. So, not only was I trading far less, I also made far more money, there is indeed a connection and I believe in this case correlation does indicate causation!

Patience is what makes you money, but patience is not easy.

Being patient while trading a demo account seems to be far easier than being patient on a live account. This is typically because when you’re trading demo you simply ‘don’t care’ as much as when you’re trading live, since there’s no real money on the line. When people go from a big 50k demo account to a small real account, they feel an urge to build up that real account fast, so they can trade the big size they were on the 50k demo. But, this simply leads them to over-trade and over-leverage and blow out their accounts. For this reason, it’s probably a good idea to open your demo account with the same amount of money or close to the same as what you will trade with live.

Finally, after many years of failing as a trader, I realized that the reasons I was failing were things I had the ability to fix. Here is how I fixed it:

I could not have done any of this nor would I have had these dramatic realizations had I not started studying the trading ideas and philosophies taught by Nial Fuller on his blog and in his courses. I know that probably sounds cliché to some of you, but it’s true. The main ideas Nial teaches sound simple and effective, and they truly are, but it is our own flaws and emotional miscues that make them so hard to follow. If you are having trouble with your live account, I would suggest going back to a practice account and start studying Nial’s teachings, until you finally have your own “Ah Ha” moment.