The Psychology of Why You Give Back Your Trading Profits 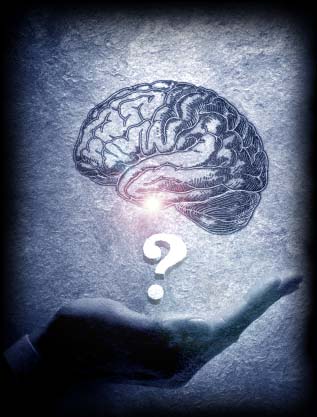 The good reasons are simple; not all trades are going to be winners, even if you’re following your trading strategy with perfect discipline. Losing trades are combined with winners for any given trading strategy, and these winners and losers are distributed randomly. There’s no reason in getting upset or angry if you give back some profit from one of these shall we say, naturally-occurring losing trades. You just need to chalk it up to being ‘part of the game’ or a ‘cost of doing business in the market’, and move on.

Now, the bad reasons to give back your trading profits are those ones that make you want to take a baseball bat and smack yourself in the head repeatedly because you ‘knew you shouldn’t have’, but you did anyways. What I am talking about is basically giving back trading profits because either you don’t know what you’re doing or you are addicted to being in the market, or maybe even both. Let’s discuss this a bit more in-depth so that you can figure out why you keep giving back your profits and then hopefully put an end to it….

Setting the stage for trading addiction

It’s a well-known fact that people who only use cash or debit cards will spend less money each month than they would if they were using a credit card. Why? Well, from a psychological perspective, when you have a credit card in your wallet all month with a $10,000 credit limit, you are a lot more likely to buy something that you can’t really afford, than if you were just using cash. It’s because when the money isn’t real, you don’t feel the pain until later.

Now, how does this relate to trading you might ask?

With your trading account, you are looking at digits on a computer screen, not real, tangible money. It’s similar to using a credit card or chips at a casino in that there is no tangible ‘money feeling’. Human beings simply behave differently when they are using real legal tender notes they can touch and smell, that is to say, they act more responsibly and logically. I wrote an article in the past about this you might like to check out later – The money management trick you’ve never heard of.

In regards to giving your profits back to the market, well, it all begins with this feeling of being unattached to the money in your trading account. When you have a winning trade, it’s natural to feel like the market ‘gave’ the money to you, but that it wasn’t yours to begin with, since again, there’s no tangible money exchange happening. Thus, you have little emotional attachment to the profits that you just made on that last trade. This is one part of trading where having no emotional attachment is actually a bad thing.

You want to feel like that money you just made is yours. You need to feel like it is yours if you want to hang on to it. It IS yours. What is stopping you from withdrawing most of your trading profits from your account each month? I guarantee you holding that freshly made 1k, 10k or 20k in your hands will make you a lot more defensive of it than if you just left it in your trading account. However, to understand why most traders don’t withdrawal their trading profits, we need to delve deeper into addiction and the subconscious…

A trading addiction is essentially a gambling addiction. People are often unaware they are addicted or are in denial after being told they have a gambling or trading ‘problem’. They end up becoming so consumed with the thrill of being in the market that they cannot think clearly about what they are really doing.

According to the article “How The Brain Gets Addicted to Gambling” in Scientific American:

Research to date shows that pathological gamblers and drug addicts share many of the same genetic predispositions for impulsivity and reward seeking. Just as substance addicts require increasingly strong hits to get high, compulsive gamblers pursue ever riskier ventures. Likewise, both drug addicts and problem gamblers endure symptoms of withdrawal when separated from the chemical or thrill they desire.

A trader who is addicted to trading is really addicted to risk. It is the feeling of having money at risk that releases the ‘feel good’ chemical, dopamine, in their brain. Just like a drug addict, a tolerance is built up over time, and that tolerance means the trader needs to continue risking money (over-trading and / or risking increasing amounts of money) if they want to continue getting those ‘positive’ feelings of thrill and excitement.

Thus, we can become mentally stimulated by risk and losing, and this can be a very vicious cycle that repeats itself until you blow out your account. It can even cause you to continuously blow up your account and then re-fund it until you go broke, all because you are seeking that feeling of being in the market, because you are addicted to the dopamine rush.

We can see how dangerous a trading addiction can be, and often how blinding it can be. The fact that there’s no physical connection to the money you are risking, as we discussed previously, makes it even easier to become addicted to trading. Essentially, when you are a trader, you have multiple forces working to try and get you addicted to the market, to the feeling of being ‘in the market’ all the time. It is your job to make sure you don’t become addicted.

The same article referenced above said:

A new understanding of compulsive gambling has also helped scientists redefine addiction itself. Whereas experts used to think of addiction as dependency on a chemical, they now define it as repeatedly pursuing a rewarding experience despite serious repercussions. That experience could be the high of cocaine or heroin or the thrill of doubling one’s money at the casino.

It is the feeling of risk that addicts us, not, unfortunately, the feeling of making money and profit. This is why people give back their trading profits; the actual feeling of making money on a winning trade pales in comparison to the dopamine-charged thrill-ride they get from jumping back in and risking that money in the market. So, whether it’s your own capital or profits the market has given you, you’re emotionally seeking risk to satisfy your trading addiction (an addiction you might not even know you have).

As I said, it’s a vicious cycle that will consume you, if you let it. You have to become aware of it and make a plan and a concerted effort to fight it.

How I can assist… 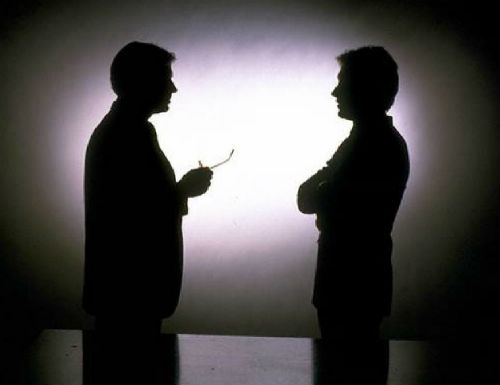 As we can see from this lesson, the mind is clearly the most powerful variable in your trading. As your mentor, I am here to assist you and work through the issues discussed in today’s article. On a personal note, I have gone through all of this myself and I have seen thousands of others fall prey to trading addiction over and over again. So, I am well qualified, based on my own experiences and observations, to discuss these mental and behavioural problems that plague so many traders.

My training, courses and support, provide traders with structure in how they need to think about the market, not just ‘where do I get in and out’. This helps them develop the correct trading mindset and puts them in a very good position to avoid or eliminate trading addiction altogether. I am only an email away if you ever need to discuss the ‘trading demons’ discussed in today’s lesson or anything else for that matter.