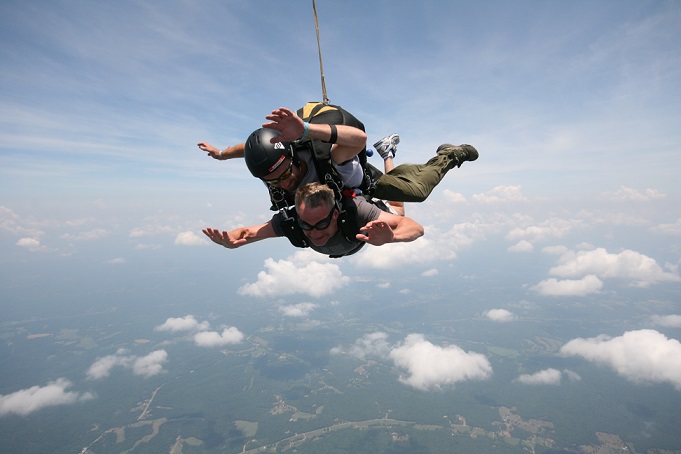 The Oxford Dictionary defines fear as ‘an unpleasant emotion caused by the anticipation of danger which leads to feelings of dread, anxiety and apprehension’. Fear is about the expectation that something detrimental could happen and constitutes a crucial physiological and cognitive mechanism functioning to aid our survival by causing us to either anticipate and avoid potentially dangerous situations, or, if we so chose, to face and confront them with a heightened state of alertness and focus. From an evolutionary perspective, fear leads to the instinctive ‘fight or flight’ response. Adrenalin floods the system and we are prepared for battle or to flee. Thus, all traders feel fear at some level because they are exhibiting an innate reaction to an unpredictable environment – the precariousness of the market and the risk of potentially life-changing losses.

Fear is not always our friend. Whereas successful forex traders are in control of their fear, others can become controlled by it and eventually become apprehensive, anxious and unable to make decisions. The ‘entering’ and ‘exiting’ of a trade becomes a nightmare. For successful traders the heightened state of arousal induced by fear leads to sharp concentration and awareness before entering a trade. But for those who have become its captive, the adrenaline rush leads to feelings of panic and fear which cloud the mind and impair judgement.

To become a successful trader, it is essential to make fear our ally, to harness it and flow with it in order to reap the benefits such a survival mechanism has to offer. Traders need to understand how the different facets of fear can influence trading behavior in a negative or positive manner. Fear is unavoidable and is processed partly on a subconscious level, but when fully understood, it can help you improve your trading performance.

Fear can be broken down into three categories:

1. Fear of Loss
2. Fear of missing good trades
3. Fear of being wrong

Trading is like any other business in that losses are a part of the game. But losing over and over again can lead to psychological scarring that can paralyze and fill the trader with dread when approaching the trading table. As Mark Douglas explains in his classic book ‘The Disciplined Trader’, fear of losing actually leads to losing. Stops are placed too tight, instead of giving the price action room to breathe. Trades often pull-back after entry which causes the fearful trader to panic and exit with a small loss to prevent a larger loss. A series of small losing trades will eventually empty the account.

The focus should be on avoiding large losses not on small ones. If you cannot cope emotionally with a small loss, you will miss out on potential large moves because every trade you enter has the risk of turning against you. It is vital to know how much you are prepared to lose in any trade. Another catastrophic action is hoping a losing trade will retrace to exit at breakeven. So often however, this leads to even greater losses.

When fear of loss prevents the execution of trades, the trader’s focus may be largely on results rather than following the forex trading plan. This causes doubt about the reliability of the trading plan which gets in the way of pulling the trigger. And thus, a vicious cycle of self-doubt develops.

To combat the fear of losing, demo trading or trading with small amounts enables you to concentrate on execution of your trading system rather than profit and loss. I advise the latter, for if you trade with small amounts of real money you will experience the emotions of the market but at a lower level, and you can gradually accustom yourself to them. The money you put up is money you can afford to lose, and can be viewed as the cost of education, like a college degree. Pure demo trading does not pull up emotions as nothing is at stake.

When you can trust yourself to execute your trading plan without exception and when you can enter and exit the market with decisiveness and without hesitation, then you can consider going live. 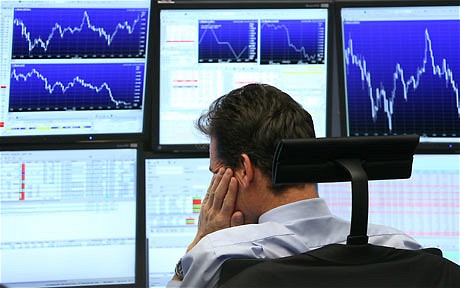 Fear of missing ‘good’ trades can be dangerous because it will often cause the trader to join the market at any price. Excitement and euphoria overrule the trading plan with little thought to potential downside risk. This fear of missing out on trading opportunities is something you will have to eliminate if you want to become a successful trader, because if you don’t, it will cause you to over-trade.

As I discuss  in my article on low frequency vs high frequency trading, the frequency of trades is not what you should be concerned with, what you should be concerned with is the quality of the trades you are taking. What you should be afraid of is trading too much, not trading too little! Over my 10+ years of trading and helping other traders, the number 1 problem that I see amateur and struggling traders making is that they simply trade WAY too much. The market is not going anywhere, there will always be another day to trade so don’t worry about missing out on a trade setup or two. It’s better to be cautious and miss out on a trade than be frantically trying to force trades when there really isn’t anything worth trading.

Fear of being Wrong

Focusing on being right rather than making money comes from the traders’ ego. It is the ego that equates the trader’s net worth with his/self-worth which leads to profits being taken too quickly or to exit at break-even.

Trading throws up many issues regarding one’s relationship to money. An internal conflict with making money or needing to be perfect can make it difficult to exit a trade at a loss because it damages your self-image of perfection. Or you may have grown up feeling guilty about having money so you subconsciously find a way to give it back to the market. To avoid self-sabotage, the ego has to stop protecting these versions of the self.

Trading is a probability game and there will always be losses. Being a perfectionist is only setting oneself up for failure. If you cannot take a loss when it is small because you have to be perfect, then this loss will often grow and grow into a much larger one.

Making mistakes has different effects on individuals. Bad grades might have caused parental disapproval and you felt small and worthless. We are so susceptible to the feedback from others. When we are children, feedback can have long-lasting and unforeseen consequences. Many of us never fully recover from the emotional effects of being punished for making mistakes. Neural pathways become ingrained in the brain which attach emotions to learning experiences. When these emotions are negative, they interfere with our ability to learn in a healthy and constructive manner.

Understanding and controlling your fear in the market 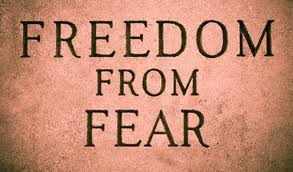 Your trading plan must account for the emotions you are likely to experience, particularly those related to fear. As a trader you must move from a fearful, apprehensive mindset to one of confidence, one which enables you to learn from your mistakes. You have to believe in your ability to make more money than your losses. That makes it easier to continue to place trades after a string of losing positions.

Successful forex trading is about overcoming the major fears you face as you trade the market, gaining confidence in your trading method and even more confidence in yourself. If the different manifestations of fear can be understood, the trader is well-equipped to turn fear from a destructive force into one of our most vital assets when operating in the market.

Article by Nial Fuller Learn To Trade The Market.

Click the following the link to see some excellent price action education videos.