The Most Successful Price Action Trader in History: Munehisa Homma

Today’s article is going to focus on the man who invented the candlestick chart, candlestick trading patterns, and whom I consider to be the “father” of price action trading and technical analysis. In the past I’ve written an article on the market wizards, but today’s article is about one incredible man who was known as the “God” of the markets in his day; Japanese rice trader Munehisa Homma. He lived from 1724 to 1803 and even if half of the legends about him are true, he was by far one of the most amazing traders in history and we can learn a lot from the stories that surround him.

Homma is rumored to have made the equivalent of $10 billion in today’s dollars trading.

You should probably listen to a “Samurai trader”

Homma is rumored to have made the equivalent of $10 billion in today’s dollars trading in the Japanese rice markets. In fact, he was such a skilled trader that he served as an important financial advisor to the Japanese government at the time and was later raised to the rank of honorary Samurai. I don’t know about you, but I think it’s pretty safe to say we can learn something from a guy who was such a great trader that he become a Samurai because of it, to me that is totally cool in what is probably a semi-nerdy kind of way. Rumor has it that he once had 100 profitable trades in a row….granted there’s a bit of an advantage when you are basically the “inventor” of technical analysis and no one else really knows about it yet…but clearly Homma was a force to be reckoned with in the markets and his legend lives on today.

Homma began recording price movements in the rice market on paper made out of rice plants. He laboriously drew price patterns on his rice parchment paper every day, recording the open, high, low and close of each day. Homma began seeing patterns and repetitive signals in the price bars he was drawing and soon started to give them names, including some of the popular Japanese candlestick patterns that you are probably already familiar with like Spinning tops, Stars, Doji’s, Hanging Man and others, each pattern clearly conveyed a specific meaning and Homma began using these patterns to predict the future direction of rice prices. The discovery of the price action patterns left behind by the movement of rice prices gave Homma a huge advantage over other traders in his day, and combined with his passion and skill for trading, this advantage is what allowed him to become one of the most successful traders ever, if not thee most successful trader ever.

To any of you reading this who may still be “on the fence” about the relevancy and effectiveness of price action trading, consider the fact that it was used centuries ago by Homma and others and it’s still effective in today’s markets. I cannot think of any other trading method, system, indicator or robot that has been effective for that long and stood the test of time as pure candlestick price action trading has. Whether or not Homma knew the term “price action” in his time is irrelevant, he was clearly trading from the pure price movement of the market and he was the first person who realized the advantages of focusing one’s attention on a market’s price movement to predict its direction.

Homma realized price action reflects market psychology, and used it to his advantage 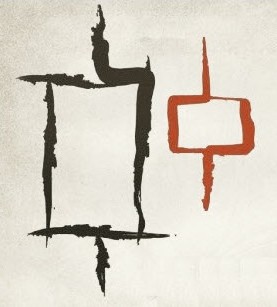 In Homma’s book “The Fountain of Gold – The Three Monkey Record of Money”, which he wrote in 1755, he says that the psychological aspect of the market is critical to trading success and that traders’ emotions have a significant influence on rice prices. He notes that this can be used to position oneself against the market when all are bearish, because at that time there is cause for prices to rise (and vice versa).

In other words, Homma was the first trader to realize that by tracking the price action in a market he could actually “see” the psychological behavior of other market participants, and make use of it. As it relates to the price action strategies that I teach, this could mean for example that after a large run up or down in a market a long-tailed pin bar signal can give rise to a large move in the opposite direction. I imagine that Homma was the first person to trade a pin bar signal and I’m sure when he realized the power of the signal he got goose bumps all over his body.

Homma also probably took advantage of false break trading strategies by the sounds of what he wrote in his book. I’m sure that he quickly identified patterns similar to what I teach as the fakey setup and saw that they sometimes form at major market turning points just as the last market participants have finally committed to a direction. The tendency of people to jump into a market when it “feels” safe has probably been around ever since Homma’s trading days back in the 1700’s, and it has not changed over the centuries. Homma probably realized this as it’s very evident by studying the price action of a market and using a big of logic and commonsense. In essence, Homma was the first true “contrarian” trader and this is why he is one of my heroes to this day. Using the price action of the market and logical thinking, we can often find high-probability entries into the market while most other market participants are stuck in a cycle of trading mainly with their emotions and from what makes them feel good.

Homma would definitely agree that what “feels” like the “surest” trade is often the wrong one, and once he could start to see the emotion of market participants via candlestick price patterns, this likely became very obvious to him.

The trend has been your friend or over 250 years, so stop fighting it!

Homma described the rotation of Yang (bull market), and Yin (bear market) and claims that within each type of market is an instance of the other type.

I can only imagine the amazement that Homma must have felt when he started to see price trends emerge over his years of drawing price patterns on his rice parchment paper. It must have instantly set off a euphoric feeling in him because he likely realized very quickly that trading with the trend would be the easiest way to make money in the rice markets.

To this day, trading with the trend is still the easiest way to trade. Traders try to fight it by continuously trying to pick tops and bottoms, but trend-trading has long been the easiest way to make a lot of money in the markets. Simply put, there’s a reason for strong trends, so it’s illogical to fight the trend. Homma was the first trader to be able to identify high-probability entry points in a trending market via simple price action patterns. This method has worked for literally over 250 years, and why so many traders still try to fight it and over-complicate it is beyond me.

If Homma was alive today and he saw all the messy indicators and trading robots people put on their charts, he would probably get a confused look on his face and wonder why anyone would behave so illogically and ignorantly when everything they need to find high-probability entries into the market has been right in front of their face the whole time. 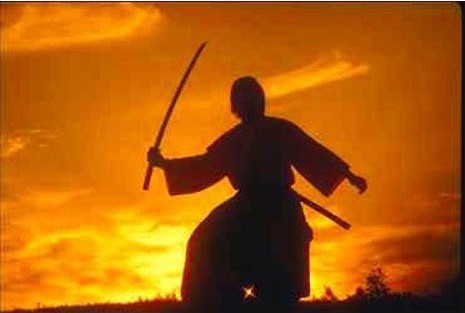 Homma wrote several books in his time, which are apparently out of print now, but the candlestick patterns he described in his books became known as the “Sakata Rules”. These Sakata Rules became the basis of modern candlestick charting and thus most of what Homma wrote about is still relevant today. The fact that the first person to trade from a price chart and arguably the most successful trader of all time was a price action trader, is really not surprising to me. What Homma discovered, and what many of us now know, is that the price movement on a “naked” price chart reflects everything about a market.

Everything you need to know to find high-probability entry signals into virtually any market is available on a natural price chart. If you want to see your reflection in the mirror, you just go to a mirror and look at yourself. You do not put a wig on or throw a paper bag over your head. Similarly, if you want to see what a market is doing, you simply need to look at its price chart. You do not need to cover up the most accurate reflection of a market with indicators and other nonsense. Munehisa Homma discovered this simple truth about markets over 250 years ago, and to this day many other traders, including myself, are still using pure price action to trade the markets, because there is simply no better way to trade. If you’d like to learn how I trade with price action candlestick patterns and how to trade in-line with time-tested concepts very similar to those Homma and other traders have been using for centuries, checkout my price action trading course for more information.