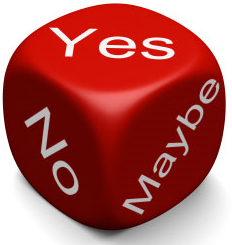 Hey traders, I think you will really enjoy today’s article as it talks about some important aspects of trading that you can relate to instantly. This article is going to explore a topic that every trader deals with on a daily basis: Making Forex trading decisions; “to trade or not to trade”. Read it and learn, trust me, this stuff’s important. Hope it helps…

When a trader panics, you can be pretty sure that for the next few hours or days, he or she is going to lose money. All the basic instincts in your brain – which can be called the “caveman brain,” or the sort of fight-or-flight feeling of emotion that is designed to stop you from being eaten by a Saber-toothed tiger, take over your decision-making. You start trading scared, taking smaller positions on good ideas and cutting profits too quickly.

Successful forex traders don’t spend much time regretting decisions or going back over things. If a decision turned out to be wrong, so what? Move on. So when you have to make a quick decision and you know that there’s a chance it may be wrong–the worst thing you can possibly do is sit there and panic and hope. You have to be decisive. If you go into panic mode, tell yourself, “Get off the desk. Go for a workout, or go walk in the park for an hour.”

Emotions are the enemy of good trading decisions

One of the essential things a trader needs is emotional robustness. You can get some very, very smart people who want to trade, but you don’t have to be smart to be a successful trader. Take the classic example of the Harvard educated business person who has been top of his class the whole way through, but he hasn’t had the emotional experience of failure. He comes into the trading business, and he has the view, “Okay, I’m going to work very hard, I’m going to do all the research, and then I’m going to succeed.” And when this doesn’t happen? There’s this sort of a “How can this be?” story unfolding inside his mind. That’s when many of them get out of the business. Trading is not for the faint of heart, nor for the those with unrealistic expectations.

In some ways trading is like being a police officer – a lot of the time there is nothing going on, and then suddenly you’ve got to be really fast. So, not only do you need to be strong emotionally, but you also need to be able to act decisively, hesitation is not typically a friend to the Forex trader. The way that you make confident and quick trading decisions is by mastering an effective trading method, you should know it inside and out before you start trading live. 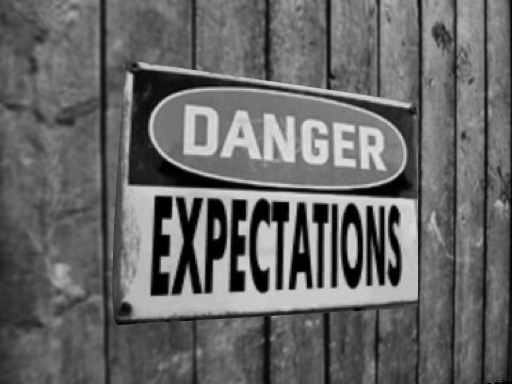 Do you remember when you first started trading? At this stage, novice traders have no fear, usually being completely impervious to the inherent dangers that the market presents. This is particularly true when the trader had beginner’s luck.

However, a few successful trades doesn’t mean you are successful trader. There is more to this equation than luck and a lack of fear. The flip of a coin can produce similar results. But what the trader is tapping into here is the feeling of possessing a positive mindset, without actually possessing it, and this feeling is there because up until now the trader has not been through the necessary trading experiences which would cause him or her to be afraid.

Inevitably the trader has a loss. If he or she realizes that losing is just an unavoidable fact of trading like any other business, and that even the best of traders will have losses, then this state of affairs will cause little negative affects on his positive mindset. The trader has fully accepted financially and emotionally that trading in the forex market involves risk and that he or she can only attempt to calculate this risk without any complete assurance that there will not be a loss. As with anything else in life, there are no guarantees. The trader recognizes that the market’s behaviour is just too erratic and full of too many uncontrollable variables to be able to win every time.

But what if the trader has formed expectations of how he or she thinks the market is going to behave? Up until now, those expectations have been fulfilled. Trades placed have reached their targets and profits have been taken. But suddenly one, two or three of them do not. If the trader has not fully accepted – for instance he or she may have in theory but not in practice – that the market can behave in ways that have not been anticipated, then shock and emotional pain are experienced in full force. Unfortunately most novice traders and indeed most traders in general, even if they have been trading for years, will fall into this category. The novice’s laid-back mindset will exit the door, probably, sadly, never to return. Fear takes over, that debilitating emotion that begins to eat away inside.

The market is not to blame for poor trading decisions

Fear is an emotional response to a perceived threat relating to events that may happen in the future. This does not mean that they will happen. Fear is preceded by astonishment. ‘How could this happen?’ ‘Why is the market behaving in this way?’ ‘Why is the market doing this to me?’ The latter deduction provides the key, for the trader begins to blame the market for what has happened. The market is seen as the enemy and not as an entity capable of delivering endless opportunities for gain. Deep down the trader knows instinctively that only he or she has made the decision to enter or exit a trade for no one else is present to click that mouse but consciously he or she has not accepted full responsibility for actions taken in the market. Instead he or she is expecting that it is the market that should deliver the profits. After all, wasn’t it so easy_ What the trader wants is a little excitement and uncertainty but with the guarantee of positive results. But neither trading, nor life, will ever provide this.

The harsh reality is: the market has no responsibility to deliver anything. Every trader enters trades with the goal of making money but when this happens, some other trader has to lose. The market is made up of millions of traders who are each attempting to take money off each other and the market’s sole purpose is to provide the environment within which this is possible to do so. It thus owes nothing to anybody.

Let us return to the losing novice trader who has become fearful. Touch is lost with market ebb and flow and will remain elusive as long as emotions such as fear, anger, regret, despair, revenge and disappointment are present. The only solution seems to be to seek education on the markets. Now this is not a bad thing in itself but it becomes a problem if it is done for the wrong reasons. In all likelihood these reasons will be that he has deduced that knowing more about stochastics, MACD, trendlines, fibonaccis etc will free him from the emotional pain that losing causes him. Knowledge and yet more knowledge will give him the necessary edge to return to his winning trades.

However, if his reason for learning is to avoid pain, then his focus will change from to avoiding losses and this shift will in reality not only cause him to lose but will detach him from his carefree mental state. Take the example of a champion golfer such as Tiger Woods. Do you think he takes his swings by filling his mind with fears of missing the ball ? _ What do you think would happen _ Yes he would miss that ball. No he concentrates and focuses on driving it 100s of meters.

Stand by your trading decisions 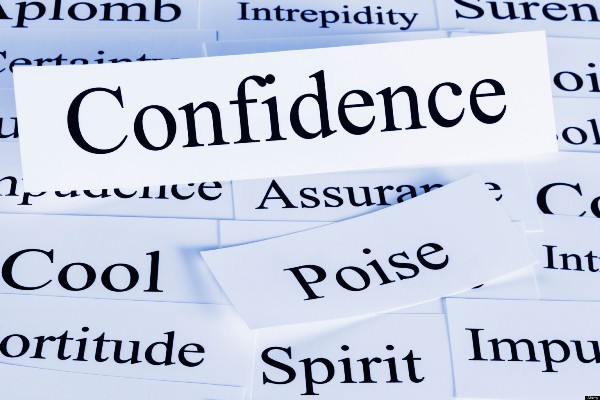 The message here is to enter and exit your trades without self-criticism or regret and to maintain your focus on the “positive outcome’ as opposed to the “what if this bad thing like a loss happens”. Even in the face of risk or loss or failure, we must always remain positive and “expect a positive outcome”. Tiger woods, in his game, may hit some bad strokes, but one thing is for sure, each time he struck the ball, his mind was clear of all negative factors and his belief at that point in time, was “I am about to hit a winning shot down the fairway”. This is NOT your cliche “self-affirmation” this is simply “how he thinks” and that is how a Pro in any field thinks, they just know, they don’t have to try and believe, they have trained their mind into an automatic belief in their ability.

Its also important to note that in any sample of Forex traders some people will inevitably appear to be better than average (for a while) simply through chance (the “star performer” phenomenon). However, if they are genuinely skillful, they will show consistently superior performance, and that is the overall aim of all traders. If you want to get on the track to learning how to use price action to make confident trading decisions, checkout my price action trading course for more information.