Why Interfering With Your Forex Trades Is A Bad Idea 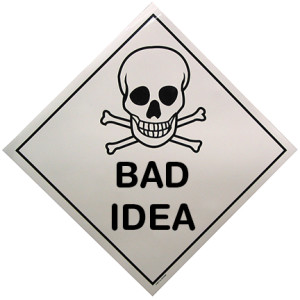 One of the biggest mistakes that aspiring Forex currency traders make over and over again, that keeps them from reaching their full potential in the market, is interfering with their trades after they enter them.

Any trader who has been trading for a long enough period of time is guilty of becoming too involved with their trades and with trading general. Myself included. However, eventually after enough trial and error I figured out that interfering with my trades once they are live and over-analyzing them is almost always the wrong thing to do. I’ve boiled down how I stopped interfering with my trades into three primary points which I will share with you below…

Interfering with trades once they are live is almost always an emotional reaction to what’s happening in the market. Emotion is the enemy of successful Forex trading, your trades should be pre-planned as much as possible before you enter, which helps you avoid emotion-based trading decisions.  Unfortunately, most of the time traders interfere with their trades, it is an emotional activity that leads to inconsistency and reinforcement of bad trading habits. The important thing to figure out, is when to intervene in a trade and when not to. I like to refer to emotional trade-management decisions as ‘interfering with trades‘, since interfering is typically used in a negative context, and logical trade-management decisions can be thought of as trade ‘interventions’. The trick is knowing when to intervene in a trade and when not to.

Most traders interfere with their trades, but rarely do they intervene at the right time, as I mentioned above, knowing when to intervene and when not to is the key to successful trade management. Most of the time, I do not intervene with my trades, I just let the market do the ‘work’ by letting the trade play out and either taking the predetermined loss or the predetermined target. However, sometimes, the price dynamics will change dramatically before your target or stop loss gets hit, it’s at these rare times when it makes sense to intervene in your trades. One example of proper trade intervention would be if an obvious price action signal forms against your position from a key support or resistance level, especially if you are already up a nice profit on the trade. It’s better to take the profit if you’re up somewhere around 1.5 or 2R of a large signal forms that suggest the market may reverse down or up on you initial position. However, it’s worth noting that this is a more advanced trade management tactic and should really only be tried after you have mastered my price action strategies and you have at least a few months of live chart-reading experience under your belt.

It’s common for traders to think every little intra-day signal against their position is going to change the trend or set off a big move…this is not the case. In reference to what I just described about trade intervention, you need to be very careful to ONLY intervene on a trade IF there’s a very clear and obvious signal against your position, ideally on the same time frame you entered. You will get better at determining whether or not to intervene on a trade through training, time and experience, there is no ‘short-cut’. In the beginning of your trading career however, you should mostly just sit on your hands after you enter a trade and learn the power of ‘set and forget’ trade management, which we will discuss next… 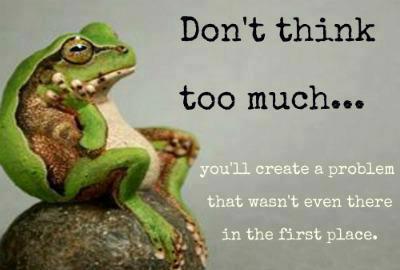 By using the “set and forget” trade management strategy, traders can learn to “let go” of their trades once they are live, and let the market do the “work”. This strategy removes all temptation to interfere with live trades by accepting before-hand that you are the most logical and objective BEFORE you trade, not during or even after. So, the advantage that the set and forget forex trading strategy gives to traders is that they can go about their normal lives and let the market do the work, and this helps eliminate emotion-based trading mistakes and interfering with trades after they are live. Once you have truly mastered price action trading, you can learn to enter the market at high probability times and walk away from your computer until your next scheduled trading time. This is the most stress free and effective way to trade Forex with price action, and for people who want to trade with a full-time job, it’s the best way to fit trading in around their busy schedule.

Traders often shoot themselves in their foot, so to speak, but interfering with their trades, especially beginning traders. The set and forget trade management technique virtually eliminates this potential, that is assuming of course that the trader actually sets and forgets about their trades…meaning they don’t meddle with them or touch them until the stop loss or take profit has been hit. I suggest that all beginning and struggling traders employ set and forget as their main or ‘default’ trade management technique, as it often can be just the thing you need to get on the track to successful forex trading, or to get back on that track if you’ve fallen off it.

You need to master a high-probability trading strategy if you want to avoid interfering and screwing up your trades, for me the most logical trading strategy is price action. I learned to master price action trading to the point where I kn0w what I’m looking for in the market without a doubt. After you truly master an effective trading strategy like price action, it means you know almost instantly whether or not your edge is present. This is the first step to becoming a successful price action trader, and if you actually do this, it will mean that meddling and interfering with your trades after they are live is not a good idea because you have identified your edge and traded it with a preemptive plan when you were the MOST objective and clear-thinking. Messing around with it anymore is only going to lower your over-all probability of success. Read here about how price action can help cure emotional trading problems.

You need to develop confidence and trust in both the method you are trading the market with and your ability to trade it. This is a critical component to knowing when to intervene in your trades and when not to. Far too often, traders start trading with real money before they have mastered their trading strategy, and as a result, after the trade is live they end up over-analyzing it and making silly mistakes like exiting a good trade prematurely or moving stops and targets around when they shouldn’t. If you don’t know EXACTLY how to trade the market with your strategy and what you are looking for, it’s going to be nearly possibly to develop the ability to know when you should intervene in a trade and when you should just walk away from the computer for a while. Fortunately, you can obtain this ability by learning and mastering an effective trading strategy like price action, and taking my price action trading course is the first big step you can take toward developing this ability.