What Are Realistic Goals for a Forex Trader? 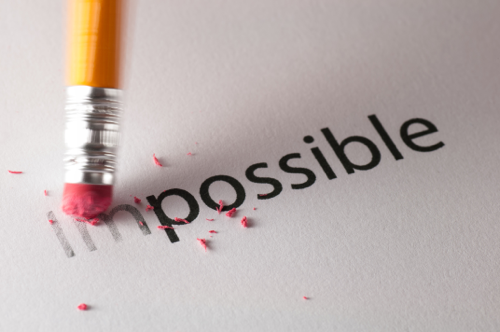 Goals are an important part of achieving success in anything, forex trading included. However, goals can be tricky because people usually set them too high, out of the realm of what’s realistically achievable in an acceptable amount of time. For example, having a goal of ‘becoming a full-time trader’ is not going to do you any good if you don’t know HOW to trade properly. Whilst it’s good to have lofty long-term goals, you will not achieve them if you don’t break them down into shorter-term, more realistically achievable goals. Doing this will keep you motivated and focused whilst also keep you progressing toward your longer-term goals.

Where most traders get lost, is in setting the bar too high right out of the gate and then getting discouraged six months or a year later when they have nothing to show for it. This happens because they aren’t being realistic with their goals. Let’s discuss some realistic trading goals you should have so that you can stay focused, motivated and on-track…

Learn how to trade properly, with no expectations

Whilst I appreciate that not everyone is a beginning trader, this first point applies to those who are just starting out learning the trading craft.

The first goal you should have is to trade your account to learn, not to make money. Learn as much as you can so that you don’t lose your money, leading to faster and longer-term success.

First of all, this doesn’t apply to everyone of course. However, if you’re a novice trader who is just starting out, it would be wise to not expect to make a lot of money or an ‘income’ from trading. These early years are your training period, your pursuit of education as well as screen-time and the ‘school of hard knocks’ will probably result in you breaking even or even in a small loss if you are trading a small account.

So the lesson here is, as a beginning trader, a realistic goal is to trade your account as a learning exercise and not just for the intent of making a profit. Just as with any other profession, be it sports, business or other, you can’t expect to walk out, learn a bit and become a professional overnight.

Don’t aim to make a living right away

Once you’ve done some study and have practiced trading for a while, when you’re comfortable to start increasing risk per trade, whether this means a transition from demo to live, or moving from risking $1 to $100 per trade, your objective is not to make a ‘full time income’, let me explain why…

Most people will be starting with an account under $5,000. To put this in perspective, you’d have to make a 1,000% return on that account per year to make a living. Having a realistic goal would be turning slow and steady gains; hitting ‘singles’ and ‘doubles’ to build up your account. A 50% to 100% return per year would be realistic return if you’re hitting the numbers. The aim is to make profit but not to ‘make a living’ yet, so don’t have the wool pulled over your eyes by thinking you’re going to print money like a job.

The reason why you should not aim to make a living is pretty obvious…you don’t have the money or the skills yet. As I explained above, you can’t make a living on a small account, but you can and should try to build it up. The trading mindset that you need to successfully build up a small account is going to be impossible to achieve and maintain if all you’re thinking about is hitting ‘home run’ trades every time and ‘getting rich’. You will over-trade, over-leverage your account and likely blow it out; which is obviously the opposite of what you want.

Aim to become a part-time trader.

As we mentioned above, most people can’t and won’t achieve the status of full-time trader in the early part of their career. So, a great goal is to focus on becoming a part-time trader and earning a nice profit while still maintaining your day-to-day income. There are many benefits to this and to learn more about it check out a recent article I wrote on part-time trading.

Be the best trader you can be.

Whether you’re a beginner or a seasoned trader, you should have a goal of putting your focus on the process of trading and becoming a good trader, not on your account balance. This goal is more applicable to your subconscious mind, because you have to train yourself to be focused on the trade setup, the price action and the overall chart picture, as opposed to the money and profits that so many traders become fixated on.

As I discussed in the article ‘Focus on the trading, not the money’, a trader should focus on the actual process of trading, not on profit and rewards. The main reason for this is that the only way you can become a profitable trader is by becoming a skilled trader, and you cannot do that if you’re too worried about ‘making money’, because you’ll become emotional.

Be a market observer more than a trader

Another realistic goal you should have is to stay out of the market as much as possible and only trade those trade setups that will yield high-probability results. As your goal, stay away from the market when there’s nothing going on and observe more than you trade. This is similar to my sniper trading and crocodile trading approach.

The main idea here is that most traders lose money because they over-trade; they are simply in the market too much. This causes them to both lose money because they are entering bad trades and it makes them emotional as a result, essentially starting a snowball effect of bad trading habits which you obviously want to avoid. It takes discipline and patience to sit out of the market the majority of the time and only enter when your trading edge is truly present, but this is the only path to making money consistently as a trader, there are no short-cuts.

Trading must be your passion, you must live and breathe it.

Over my 12 years of trading, and training 15,000 students, it’s clear to me that the people that make money don’t think about the money or ‘profits and rewards’ nearly as much as those who don’t make money. The ones who make money are those who love trading, are passionate about it and want to be the best trader they can possibly be. Just like a professional tennis player, whilst the money may be a driver initially, those tennis players have to love their chosen craft, and to stay in the game over a long period and excel at it, they have to have passion. Therefore, your final goal is to not only want to be a trader, but to be honest with yourself and either find a passion for trading or cut it loose and move on, because I can promise you if you don’t love, live and breathe trading (not the money) you won’t succeed.