The Great Paradox of Trading 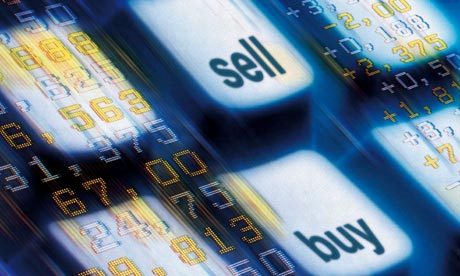 (Ray is the founder of Bridgewater, the world’s largest hedge fund):

It is trying to balance being aggressive enough to make money while being defensive enough to keep the money you’ve made that is the most basic problem a trader faces in the market. Today’s lesson will give you some tips on how to keep the two in balance so that you can not only improve your chances of making money in the market, but more importantly, not give that money back to the market.

How to be an aggressive trader but not too aggressive

As a trader, you face constant temptations to trade too much and to risk more than you’re comfortable with, all because there’s an idea in the back of your mind that you could ‘get rich quick. It’s very hard to ignore such an enticing idea due to all the warm and fuzzy feelings it brings you and the images of being ‘rich’ that it drums up in your mind.

How to be a defensive trader but not too defensive

On the flip side of the coin, you have to be defensive in trading, but not too defensive. As I discussed in my article, How to Get Your Trading Mojo back, traders very often give back their trading profits, usually all of them and more. This can be very frustrating and is a big reason why most people fail to make money over the long-run in the market.

Again, finding the middle ground between being too defensive and not defensive enough is no easy task. But, the following tips should make it easier for you…

In trading, you have to be aggressive enough to make the most out of a valid trade setup when it arises, but you also need to be defensive enough to not give back the profits you made on winning trades. These two things can often feel as if they are at odds with one another. But by learning an effective trading method like the one I teach in my trading course, combined with proper planning and a healthy dose of patience, discipline and common sense, you will find the elusive ‘middle-ground’ between aggressiveness and defensiveness that will result in long-term trading success.