How to Develop a Peak Performance Trading Mindset 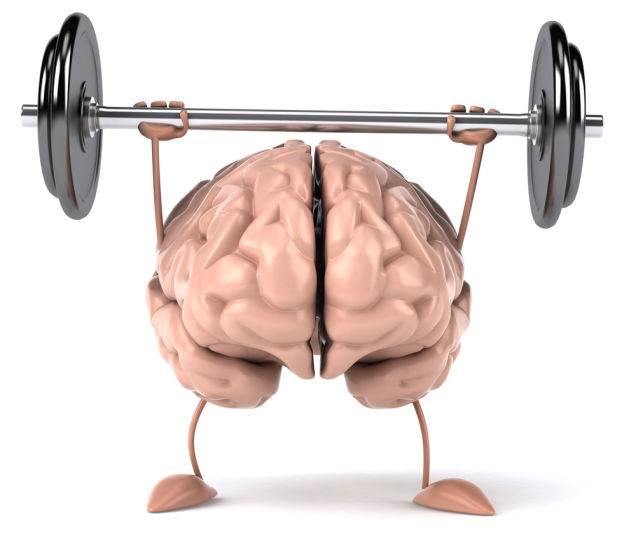 “On that last trade, I left too much money on the table, and I’m definitely not going to do that on this trade” Ben said to himself silently, “I’ve given up too much profit, and this time I’m going to really get every pip I can out of this trade.” Ben could feel the anticipation circulating around his body; the excitement was palpable.

As the trade unfolded, Ben let the trade go beyond where he normally looks to exit, ‘knowing’ that this one was going to keep going for ‘a while.’ As the trade continued in his favour, Ben felt a rush of adrenaline coursing through his veins. As the trade ticked further in his favour, he started to get giddy. Ben was ‘hooked’ now, he thought “I’ve caught a huge winner, now I’ll show them!”

Just then, the trade began quickly moving against him, faster than he could have anticipated. Ben didn’t panic at first, he reminded himself that markets ebb and flow and that “this one would come back soon.” But, it didn’t. It kept going further and further against him until he finally accepted that he had let another big winning trade turn into a loser. Once again, he had shot himself in the proverbial foot. Ben now felt ashamed and embarrassed, he thought to himself, “How could I have let this happen yet again!???”

Why did Ben do this yet again? How did he arrive at the state of mind that influences him to make the same mistakes over and over again in the market? To an objective bystander, it would be easy to simply say that he deviated from his trading plan and was undisciplined. However, this assumption ignores a more important, deeper fact, that human beings (and especially when trading) are controlled by their emotions.

Our emotions dictate how and what we are able to think. In the case of Ben, the emotional state that he needed to be in to take the obvious open profit when it was available, was blown away by the more intense emotions of fear and greed that he felt. That is, the fear of missing out and being so greedy that you just want ‘more and more’. As this fear and greed began to grow inside of him, his thought processes and ultimately his actions, became so influenced by it that his rational trading ability was essentially eliminated for that time.

As with so many other traders, Ben didn’t yet have the mental skills to control his emotions as he entered the trade and watched it unfold. As a result, a man who thought he had all his i’s dotted and t’s crossed, became ‘possessed’ by the more primitive processes of the human mind. Needless to say, Ben’s trading plan didn’t contain any plan for controlling his emotions, this is a very common mistake amongst traders. Until Ben (and you and many other traders) learns how to keep the emotions in-check that hi-jack your ability to trade rationally and logically, you will continue to repeat the same mistakes and lose money as a result.

Be Aware of How Your Mind Works as you Trade

The first step to developing a peak performance trading mindset, is to maintain awareness of your emotional nature as a trader. To understand this better, let’s discuss more in-depth just what happened to Ben.

What Ben experienced was the result of a trading with an uncontrolled and overly-emotional mind. He was not aware that his primitive brain areas that make him overly-emotional were about to kick in as the trade began. The transition from a rational and logical mindset into a more primitive ‘fight or flight’ mindset is often very subtle and difficult to detect, especially while trading. It happens without you even noticing unless you are ready for it and have planned for it and know how to ‘combat’ it. As a result, once the trade was under way, Ben’s mind was already getting into a primitive ‘hunting of the prey’ mode, and moving away from the rationality and planning that got him to that point.

As the trade unfolded, Ben became consumed by ‘bagging the big prey this time’, and he would accept nothing less. As we know, in his emotional stupor, Ben lost money, again. The most difficult aspect of it all, was that these same tendencies to ‘be the best’ and ‘pursue the big winner’ had served Ben well in many other areas of his life, particularly his career outside of trading. But, what he was starting to realize, was that these traits and tendencies actually worked against him as a trader. But why? It’s mainly because the traits that lead to lasting success in the market, are things like patience, being calm, rational and uninfluenced by emotion, all while constantly being tempted. Not an easy order to fill, to say least.

To an objective outside observer, Ben was clearly being greedy and afraid to take profit because he thought he’d get a bigger one. But to Ben, and very likely to you when you’re in the ‘heat’ of a trade and you’ve already let your mind slip over that threshold from rationality to primitive / emotional mode, it’s nearly impossible to turn back. Thus, the key is to not let yourself move past this mental threshold in the first place…

How to calm your mind through your body

A big mistake that traders often make in trying to fix their ‘mental’ trading problems, is only focusing on the mind. For centuries, humans have tried to isolate problems of the mind from the body. However, this is a mistake. Modern Western science has concluded that separating the mind from the body is all but impossible. Our minds (and hence emotions) are essentially merged together as one; they are inseparable.

What Ben didn’t know, and what you likely don’t know either, is that simply changing the way you breathe can heavily influence and help you regulate your mindset while you trade. By practicing diaphragmatic breathing, you can control stress much better and even prevent your brain from entering into ‘fight or flight’ mode, which is when you cross that threshold from rationality to overly-emotional trading.

Wikipedia states, “According to the University of Texas Counselling and Mental Health Center, ‘Diaphragmatic breathing allows one to take normal breaths while maximizing the amount of oxygen that goes into the bloodstream. It is a way of interrupting the ‘Fight or Flight’ response and triggering the body’s normal relaxation response.’”

Diaphragmatic breathing is where you take deep breaths and contract your diaphragm. It’s marked by an expansion of the belly when breathing, rather than the chest. Many people consider this a healthier way to breathe and it obviously has clear benefits in controlling one’s mindset as well.

To be clear, I am not saying that diaphragmatic breathing will solve all your trading problems or even that it will give you the perfect trading mindset all the time. I am simply saying that it is a very valuable tool you should look into to help you manage your trading mindset while you trade. It can help keep you rational and calm, instead of emotional and overly-attached to your trades. This breathing technique will be a good complement to an overall sound trading plan and mastery of an effective trading strategy. Thus, I recommend you learn more about it and start practicing it while you trade and even while you’re not trading.

If you’re looking to develop your own peak performance trading mindset, check out my trading education course for comprehensive training and support.