Don’t Fall in Love with Your Forex Trades 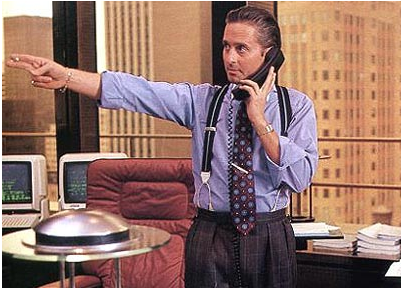 ARE YOU IN LOVE WITH YOUR FOREX TRADES?

Do you find it difficult to exit a losing trade, convinced that it will turn around soon in your favour? Traders are told that to be successful, they have to cut their losses and let their profits run. So why is it that we tend to do the opposite? If you go through your account over periods of loss, most of these will have come from trades you exited far too late. If you fit this bracket, then success will not depend on finding the right methodology, but rather on your ability to ruthlessly cut your losses.

The other side of the coin is not being able to take your profits. Most traders think the most important signal is the entry signal. But knowing when to take profit is just as vital. Imagine you are in a winning trade. You wait and wait and greed overcomes you. You feel almost paralyzed. All the times you exited too early and you kicked yourself flash before your eyes. This time it won’t happen again you say to yourself!

The more we have invested in something, the harder we find it to let go. We hang on hoping that it will work out eventually so that out original investment is not lost. Or we hang on caught in our expectations of landing a big one. If you refuse to define a loss or liquidate a losing trade and you refuse to define what profit looks like, then how can you exit your trade?

So do you know what a loss looks like? What does profit look like? Predefine what profit and loss are in every potential trade. Determine what the market has to look like or do, so that you know when your trade is clearly not going your way or has given you all it has to give. You have to learn how to let the market tell you how much is enough, instead of assessing the potential from your personal value system of how much is enough. Confront the possibility of being wrong and consequently not avoid the inevitability of taking a loss or cash in when the time is ripe. So confronting and accepting the inevitability of a loss and knowing when to take profits are trading skills. Which can be learned and should be because they form the foundation of all you need to know as a trader.

Why is it so difficult to let go of a trade? From a logical point of view, one can presume that when a trader finds that he or she is letting his losses run repeatedly, and his or her profits dwindle away, it is because – perhaps also on a subconscious level – that the trader believes that it is in some way beneficial.
But we are making one big assumption. And that is that the trader has a choice. Instead of ‘cutting losses small’ and taking profit when all the signals are screaming out loud, such as hitting support, the trader is choosing to make the wrong choice. But does he or she have a choice? The trader is not exiting too late because he or she chooses to, otherwise the problem would have been solved the first time the trader heard about it. It is rather the trader cannot help him or herself. But why? The answer lies in our upbringing, and in particular, what we were taught and what we learnt about success.

We were taught to win, not lose. We were taught not to give up, to be decisive and determined against all odds. With this mindset we approach the market with the desire to conquer it with our powerful intelligence. We are determined to persist until the market gives us what we want.

In addition, the more we have invested in something, the harder we find it to let go. Think of that relationship we knew was doomed…but we hung on. Our gut says out, everything says out, but we refuse to give up. If we were to, we say to ourselves, it will all have been for nothing. But all we get is more pain……

This explains why so many traders lose all their money before they quit. ‘Cutting losses and profits short?’ That is only for the meek and mild!

This also explains why most traders spend hours studying charts and searching for new indicators, trying to find the secret to success that no one else has. That is why we spend so much money on books, courses or seminars. But when we have found a methodology that suits our time needs and personality, it still doesn’t necessarily convert us into that consistently profitable trader. For even though using a methodology with a proven ‘edge’ such as price action is extremely important, giving the disciplined trader clear guidelines for entry and exit points, for the trader who cannot cut his trades, the largest determiner of trading success lies elsewhere. Trading skills can be divided into anticipating market moves and executing them. Your charts, your methodology and your gut feeling give you the information you need to read potential moves in the making. Traders tend to concentrate most of their energy on these skills and it is the subject most covered in seminars and books. This is to the detriment and neglecting of the actual trading part, ie executing your trade. Think of it like this. Independent retail traders trade their own accounts for their own profit. And their preoccupation is to anticipate market moves. But there are brokers too, and a good broker is sharp and alert and will execute the orders he has been given with speed, decision and efficiency. Imagine a novice uncertain broker who is unsure what to do. Would you entrust your money with the experienced or novice broker?

Do you trade out of frustration and anger? Do you move your stop? Do you not act on an opportunity and watch helplessly when you see you were right? Do you fail to lock in profit? Do you let a winning trade turn into a losing one? Do you hang on to your trade and find it impossible to admit you were wrong? If you do then it is your poor execution rather than poor anticipation that is to blame. To succeed, eliminate these mistakes by concentrating on executing your trades flawlessly. Assess your trading on your execution. Focus on perfecting the buy, sell and exit signals of your chosen price action trading method.

If you Enjoyed This Lesson and want to  learn more about Trading Forex with “Price Action” strategies please check out my comprehensive forex course, in it I teach advanced price action setup trading strategies along with a beginners guide to forex and price action.