The Biology of Why You Are Losing Money Forex Trading

Important Note: If you are a young adult or middle-aged male, you need to pay special attention to today’s lesson because it’s going to provide you with some game-changing insight that could significantly improve your trading results. 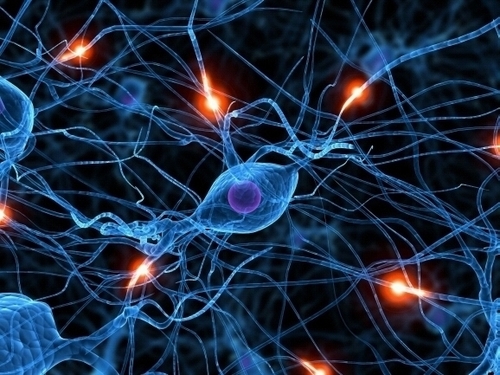 We are all familiar with giving back the profits we just made on a winning trade, but why do we do this? What are the underlying causes of why so many traders tend to give back their profits as quickly as they made them, and become stuck in a cycle of ‘treading water’ in the market? More importantly, after you understand the root cause of these problems, how can you make a plan of action to conquer them and finally build a consistently successful trading approach?

What would you say if I told you that there are biological processes at work in your brain which are holding you back from achieving your full potential as a trader? As described in the article Better Trading Through Science, research in a new field called neuroeconomics, a combination of economics and psychology, attempts to explain how people manage risk and why they often make irrational decisions in trading and investing.

You can probably think back to some irrational decisions you made while trading. The problem is that these irrational decisions always seem painfully obvious and stupid in retrospect, but while you’re in the ‘heat of the moment’ when your trade is live, you seem to be possessed and unable to clearly see the full impact of what you are doing.

As mentioned in the article referenced above, “Kahneman and Tversky found that people suffer a higher degree of pain from losing money than they feel pleasure from making money. So they tend to hold on to losing stocks rather than sell and lock in a loss.

Irrationality can also take the form of an emotional attachment to an asset. R.J. Weiss, the 26-year-old founder of the blog Gen Y Wealth, recently posted that he got caught in a behavior trap. When his grandfather passed away, he inherited shares trading at $25. As the shares fell to $20, to $10 and then to $5, Weiss couldn’t bring himself to part with his grandfather’s gift. Finally, in April, he sold at $3.04, locking in a 90 percent loss. “The entire time the stock plummeted, I knew [that holding] was the wrong thing to do. But I couldn’t get myself to sell it,” wrote Weiss.”

In Forex trading, irrational decision making manifests itself when traders do things like jumping right back into the market after a loss to try and “make back” the money they just lost. The pain of losing money often causes people to do the exact opposite of what they should be doing after a losing trade; walking away for a while / not trading.

People get too attached to trades and thus feel too much pain when they lose…this can stem from many sources, such as trading with “scared money” or feeling “desperate” to make your trading work. Whatever the source, our brains appear to be wired to want to over-compensate for losing money in the market, and this clearly is the wrong approach because there’s nothing to ‘compensate for’ because losing trades are part of trading and you cannot avoid losing some of your trades. Understand your trading edge (trading strategy) has a random distribution of winners and losers, this means you should not really ‘expect’ any particular to trade to be a winner or loser, because you never know for sure what outcome will result from any one trade. Arming yourself with this type of logic and awareness will help you to ignore the emotional pain you feel after losing money in the market.

As the article states, people tend to feel less pleasure from making money than they do pain from losing it. This means that you are going to be less likely to refrain from over-trading after hitting a nice winner, because we tend to never be fully satisfied from our winning trades…either we didn’t make as much as we wanted or the market kept going in our favor after we exited. Perhaps if you try appreciating your winning trades more and the profits you made from them, you won’t be as careless with your trading account. After you start profiting each month, it helps to withdrawal some money from your trading account every month and hold the cold, hard, cash in your hands so that you are reminded of just how real it is.

Thus, we are essentially biologically primed to make irrational decisions as we trade the market, as a result, we need a way to counteract this inherent biological trading disadvantage that we seem to be born with, and especially if you are a young to middle-aged man…

How your hormones are hurting your trading 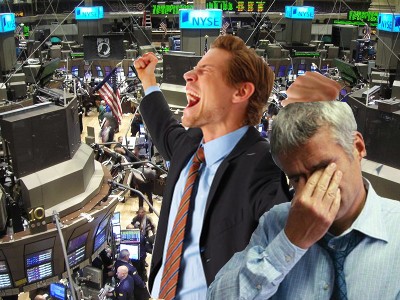 The main point of the article referenced in the beginning of this lesson, is that people tend to have different levels of risk aversion, and young men tend to be the least risk averse and thus they tend to make the most irrational trading decisions in the market. Their high testosterone levels and brain chemistry put them at an inherent disadvantage over women and older men who tend to be more risk averse.

Young men are the man demographic of traders, and they tend to “go wild” due to the higher hormone levels they have. Women and older men tend to make fewer risky decisions in the market, primarily because they don’t have as much testosterone pumping through their veins, or as John Coates put it in the article referenced above: “the molecule that explains irrational exuberance”.

As Coates learned from his study of 250 young men on a trading floor: “As they made winning trades, their testosterone levels rose even higher, leading to profits in the afternoon. The young men began to feel infallible, indulging in increasingly risky behavior, such as buying shares of overvalued stocks. But eventually too much testosterone, too much impaired judgment, would drive markets to unsustainable heights. Then the cycle could end. The overvalued stocks would crash and the testosterone levels would return to normal.”

One of the main reasons we continue to see these huge financial melt downs and hedge fund blow-outs is because these professions are dominated by testosterone-filled younger men who get over-confident the more they win, until eventually their over-confidence leads to lapses in judgment and they take too big of risks…which inevitably causes them to give back all of their winnings and usually a lot more.

The implications of the research discussed above, is that us younger men need to swallow our egos a bit and trade more like women and older men and be a little more risk averse and work harder at this most important part of trading. We all know most traders tend to fail over the long-run, and young men are the majority demographic of traders…so it’s no surprise that this demographic of trader tends to have such a high failure rate, considering most have a brain chemistry that is working against them and they either don’t want to drop their arrogance enough to admit that fact and work on it, or they are unaware of it. We need to develop a plan of action to counter-act our own disadvantageous brain chemistry for trading.

It is apparent from the recent research on irrationality in trading, that younger-men tend to be less risk averse than women or older men. Thus, whilst we may have more interest and passion, on average, than most women or older men for trading…we need to work on the other more important aspect of trading, which is managing our emotions and our actions in the market…perhaps much more so than other demographic groups.

The point here is that you have to consciously make an effort to control your feelings which can arise from hormones and other biological processes, because if you don’t, they will get the best of you and cause you to lose money through irrational decision making.

Every trader is unique

It’s obvious that every trader is unique due to our differing biology and brain chemistry. However, certain demographics of people, mainly young adult to middle aged males, tend to be more prone to engaging in overly-risky behavior than others. You don’t want to be too risk averse or not risk averse enough, you want to find a nice balance somewhere in the middle. For some traders this will be harder to achieve than for others, but by using a little commonsense and forward-thinking, it can be done.

Due to the fact that none of us seem to be born with the ‘perfect’ brain chemistry for trading success, it’s apparent that all of us need to work to counter-act these imperfections by planning and being disciplined, but also by not over-complicating our trading strategy. The best way to control our tendencies to become over-confident in the market, trade too frequently and with too much risk, is to boil every aspect of our trading down to its most basic ingredients. Fast-food is bad for you, everyone agrees on this, and it’s mainly because there are too many ingredients in the food that are unnatural or overly-processed. This is a good metaphor to think about trading with, because if you over-complicate your trading by adding too many unnatural ingredients, like indicators, economic news and other “fillers” that you don’t need, it’s going to amplify your inherent human tendency to lose money as you trade. Thus, your biological predisposition to trade ineffectively can be overcome by simplifying your trading approach, being self-aware as you trade, forward-thinking and discipline. To learn more about how to simplify your trading approach so that you can work to offset the biological processes that are stacked against you, checkout my trading course and members community for more information.