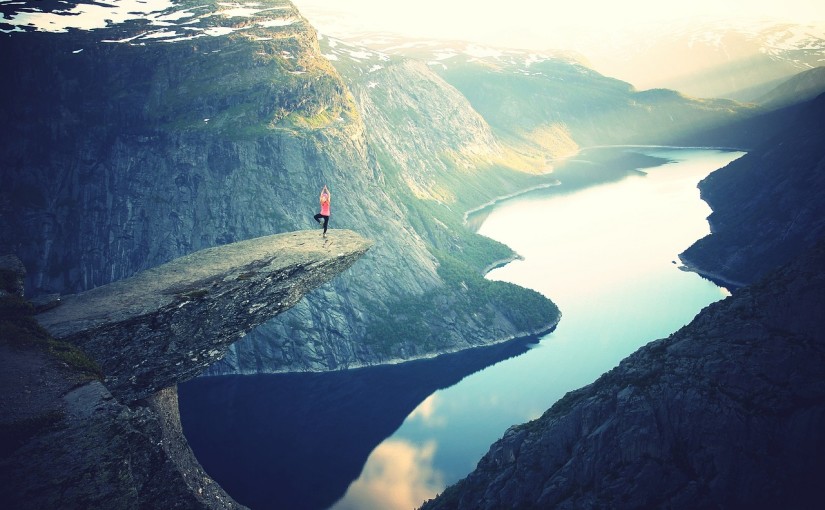 Trading is a lot like riding a roller coaster. Although it obviously is fun and exciting, there will be times when you feel scared, nervous or even powerless. When these bad times come, it’s important to not panic or give up. One excellent thing to do during these troubling times is read some motivational quotes from traders who have been in your shoes and know the path to success.

1. “Money is made by sitting, not trading.” – Jesse Livermore

2. “Throughout my financial career, I have continually witnessed examples of other people that I have known being ruined by a failure to respect risk. If you don’t take a hard look at risk, it will take you.” – Larry Hite

3. “Letting losses run is the most serious mistake made by most investors.” – William O’Neil

5. “That cotton trade was almost the deal breaker for me. It was at that point that I said, ‘Mr. Stupid, why risk everything on one trade? Why not make your life a pursuit of happiness rather than pain?’” – Paul Tudor Jones

9. “When I became a winner, I said, ‘I figured it out, but if I’m wrong, I’m getting the hell out, because I want to save my money and go on to the next trade.’” – Marty Schwartz

11. “The key to trading success is emotional discipline. If intelligence were the key, there would be a lot more people making money trading… I know this will sound like a cliché, but the single most important reason that people lose money in the financial markets is that they don’t cut their losses short.” – Victor Sperandeo

12. “I think investment psychology is by far the more important element, followed by risk control, with the least important consideration being the question of where you buy and sell.” – Tom Basso

13. “If I have positions going against me, I get right out; if they are going for me, I keep them… Risk control is the most important thing in trading. If you have a losing position that is making you uncomfortable, the solution is very simple: Get out, because you can always get back in.” – Paul Tudor Jones

14. “I learned early that there is nothing new in Wall Street. There can’t be because speculation is as old as the hills. Whatever happens in the stock market today has happened before and will happen again. I’ve never forgotten that.” – Jesse Livermore

15. “Learn to take losses. The most important thing in making money is not letting your losses get out of hand.” – Marty Schwartz

16. “The desire for constant action irrespective of underlying conditions is responsible for many losses in Wall Street even among the professionals, who feel that they must take home some money every day, as though they were working for regular wages.” – Jesse Livermore

17. The goal of a successful trader is to make the best trades. Money is secondary.” – Alexander Elder

18. “I have learned through the years that after a good run of profits in the markets, it`s very important to take a few days off as a reward. The natural tendency is to keep pushing until the streak ends. But experience has taught me that a rest in the middle of the streak can often extend it.”– Marty Schwartz

19. “I’ll keep reducing my trading size as long as I’m losing… My money management techniques are extremely conservative. I never risk anything approaching the total amount of money in my account, let alone my total funds.” – Randy McKay

22. “It takes 20 years to build a reputation and 5 minutes to ruin it. If you think about that, you’ll do things differently.” – Warren Buffett

23. “In investing, what is comfortable is rarely profitable.” – Robert Arnott

24. “I’m always thinking about losing money as opposed to making money. Don’t focus on making money, focus on protecting what you have” – Paul Tudor Jones.

25. “If you personalize losses, you can’t trade.” – Bruce Kovner

26. “Don’t focus on making money; focus on protecting what you have.” – Paul Tudor Jones

27. “Markets are constantly in a state of uncertainty and flux and money is made by discounting the obvious and betting on the unexpected. “– George Soros

Do you know of any other good motivational trading quotes? Leave a comment and let me know.